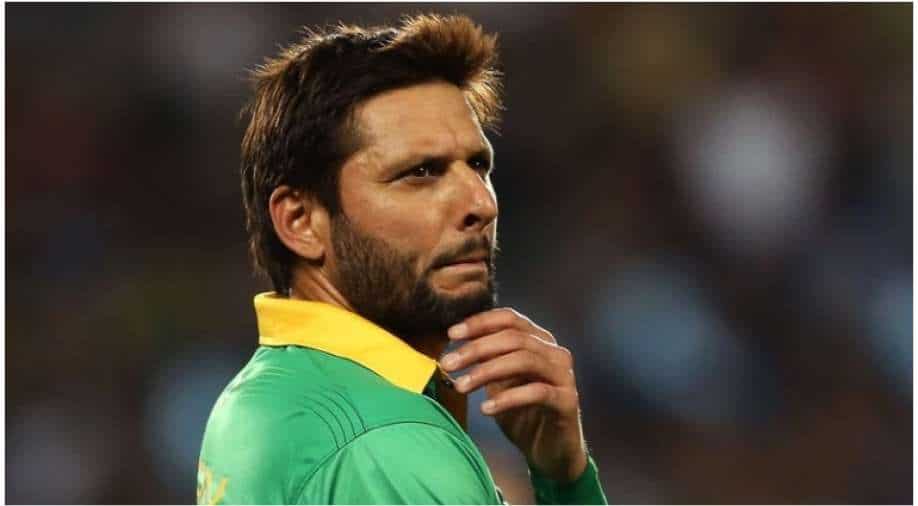 Afghanistan unrest: Former Pakistan skipper Shahid Afridi has made heads turn with his glaring remark as he extended his support to Taliban group in Afghanistan.

Former Pakistan captain and all-rounder Shahid Afridi has made a glaring remark on Taliban's invasion in Afghanistan. The retired cricketer feels Afghanistan remains in good hands as Taliban have entered with a positive mindset.

After Pakistan Prime Minister Imran Khan, Afridi also voiced his opinion in favour of the Taliban terror outfit, which he believes has come with a 'positive mindset' to power. In a video clipping tweeted by Pakistani journalist Naila Inayat, Afridi addressed the reporters and told, "Taliban is allowing ladies to work. They are allowing them to participate in politics. They are supporting cricket. And I believe Taliban like cricket a lot."

❝Taliban have come with a very positive mind. They're allowing ladies to work. And I believe Taliban like cricket a lot❞ Shahid Afridi. He should be Taliban's next PM. pic.twitter.com/OTV8zDw1yu

Earlier, the Afghanistan Cricket Board (ACB) had confirmed that the country's cricketing activities won't be hindered as they will be no interference from any quarters despite the unrest.

In July, when Taliban took over the Afghanistan government, PM Imran Khan had backed the troops and stated that Talibans are "not some military outfits but normal citizens".

Coming back to Afridi, his statement surely makes heads turn as it has come after a suicide bombing at Kabul airport killed at least 170 people, including 13 US security personnel. At a time when Afghans are fighting for their lives and are desperate to leave the country after the Taliban seized control, his comments are sure to evoke heavy criticism from many corners.