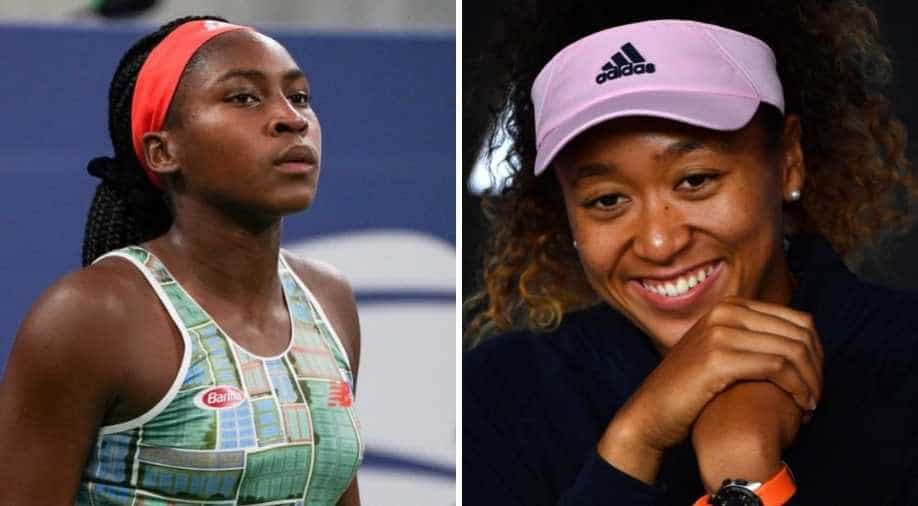 Even world number one and defending men's champion Novak Djokovic can't wait to see what Gauff and Osaka do.

Serena Williams is usually playing in the matches that thrill her most, but she's going to join a host of fans in watching Saturday's US Open third round showdown between teen sensation Coco Gauff and top-ranked defending champion Naomi Osaka.

The blockbuster night matchup at Arthur Ashe Stadium pits 15-year-old American Gauff, who made a fourth-round Wimbledon run in her Grand Slam debut, against 21-year-old Japanese star Osaka, the reigning US and Australian Open champion.

"I definitely think it's the future of women's tennis," Williams said.

"And I'm really excited to just be a fangirl and kind of watch."

Williams, the 37-year-old American chasing a 24th Grand Slam title to match Margaret Court's all-time record, sees them as the hottest young talents in the game.

"It will be a really interesting match. I think it's super exciting tennis," she said.

"Coco is much younger than Naomi if you could say that, because Naomi is incredibly young."

Even world number one and defending men's champion Novak Djokovic can't wait to see what Gauff and Osaka do.

"Coco is definitely a new superstar of tennis. It's great to see her fighting spirit, her intensity," Djokovic said.

"She's only 15. She brings so much maturity in her game for such a young age. It's very impressive.

Gauff, the youngest player in the US Open third round since Russia's Anna Kournikova in 1996, prepared to face Osaka by joining partner Caty McNally for a first-round doubles victory Friday.

'Sky is the limit'

Gauff teamed up with 17-year-old compatriot McNally to beat Germany's Julia Goerges and Czech Katerina Siniakova 7-6 (8/6), 6-2 and said the doubles helped prepare her for Osaka.

"I think it helped me a lot to practice several serves," she said.

"You have to hit a lot of different shots in doubles. I think it will come in handy tomorrow."

"We've had good chemistry since the first match," said McNally, a second-round singles loser to Williams.

"The sky is the limit for us," Gauff says being teens help their on-court bond.

"We can relate to each other on and off the court and our communication is really good." A huge crowd watched the match on an outer court, Gauff having become a fan favourite quickly.

"Both of us were really feeding on the crowd," Gauff said.

"She's just incredibly talented. Anyone that's 15 playing like that, people are going to be drawn to them," Williams said.

"I think that's pretty awesome. I think she's really pretty cool. I love her excitement on the court. I'm a big fan of hers.

No IPL, no salary concerns for franchises; domestic players will also be affected, says ICA chief