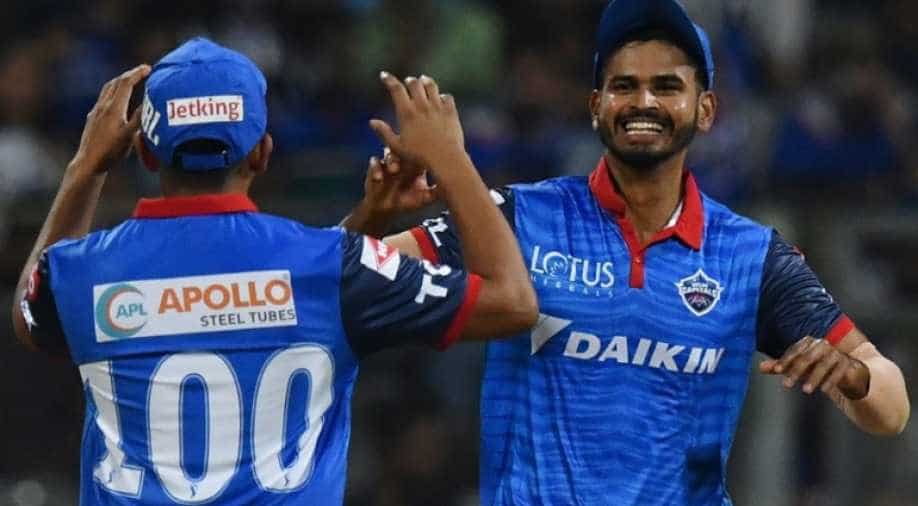 According to Iyer, the 6-day quarantine was tough for him, but he still could train because of his 24 kg dumbbells and spacious hotel room.

Delhi Capital's skipper Shreyas Iyer is ready to face Kings XI Punjab (KXIP) on Sunday and is hoping to have a great run in this year's Indian Premier League (IPL).

Also read: DC vs KXIP, IPL 2020 Live Streaming: When and where to watch Delhi Capitals vs Kings XI Punjab?

In an interview with India Today, Shreyas Iyer said that he was excited when he got to know that this year's IPL was shifted to the UAE. He said: "We didn't know what was coming ahead. It as really excited when we came to know that IPL was being held in UAE. The cases here are less, we are in a bubble, the practice and everything is going on well and I am looking forward to the competition."

According to Iyer, the 6-day quarantine was tough for him, but he still could train because of his 24 kg dumbbells and spacious hotel room.

"I was going to my friends gym in Mumbai. I have got a lot of space in my room and I have my 24 KG dumbbell in my room and that helped me to workout. Returning to field was best feeling of my life. I had to see if I was in touch. I felt like I was in a super touch in the very first session. I never felt like I was awat from cricketm," Shreyas Iyer told in an exclusive interview to India Today.

As per Iyer, his good run in international cricket has helped him a much needed "self belief" and will prove beneficial in this year's IPL. He said: "The performance which you carry from international cricket gives you self belief and empowers you to play important role in team when you come to IPL. I have been working a lot on my temperament and that has helped me in being consistent. have worked on my fitness and diet. You need to pay attention on these small aspects. I think these things have helped me grow and mature as a player in term's of my decision making."

Delhi Capitals will open its campaign versus the King XI Punjab on Sunday. The team is coached by former Aussie captain Ricky Ponting.