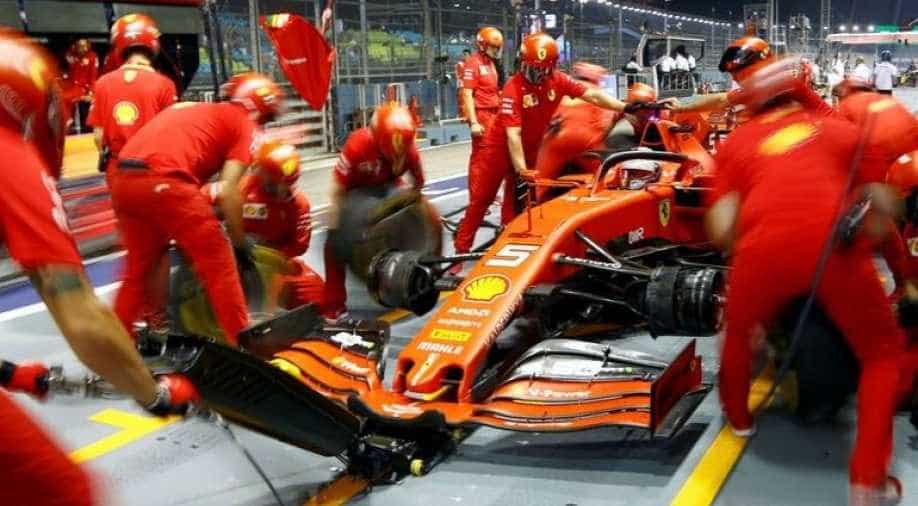 Sebastian Vettel led Ferrari’s charge in practice for the Singapore Grand Prix on Friday but the German’s Formula One victory drought, already more than a year long, still looked set to continue.

The German, whose 52nd and last win came at the 2018 Belgian Grand Prix, was second and third fastest on the timesheets in Friday’s two sessions at the Marina Bay track.

Team mate Charles Leclerc, who eclipsed Vettel with successive wins in Belgium and Italy, was 19th in the first session after being sidelined by a gearbox failure and sixth in the second.

While Vettel was just 0.167 seconds off pace-setter Max Verstappen’s Red Bull over the first 90 minutes, he was nearly a second off the pace set by Mercedes' championship leader Lewis Hamilton in the floodlit night-time running.

Ferrari's car was aerodynamically well-suited to the flat-out blasts of the Spa-Francorchamps and Monza circuits but the twisty Marina Bay street track, with more corners than any other circuit, has shifted the balance away from the Italian team.

"I think Mercedes was very strong today," said Vettel. "Everybody could see that, not just on one lap and not just on the timing tables.

"I think overall they were a bit faster. On our side we can do better, we can improve the car so let's see."

Vettel has won four times in Singapore, the same as five-times world champion Hamilton with the pair the most successful drivers at the event.

His last win in the city state came in 2015, his first year with Ferrari.

The German heads into this weekend’s race off the back of a scrappy display at Monza, Ferrari's home race, where he spun off and was sanctioned by stewards for rejoining the track dangerously.

That was the latest in a series of mistakes going back to last year’s German Grand Prix and he is now 13 points behind Leclerc in the standings.

The German's current form has fuelled speculation, despite his statements to the contrary, that he might not see out his Ferrari contract which runs out at the end of 2020.

"Certainly not the best one right now,” said Vettel when asked if this was the worst point of his career. "But also it’s not the worst one either.

"I still love racing and I look forward to a lot of races this year to hopefully get in a better position and finish the season in the way we want.

"Then prepare for next year."