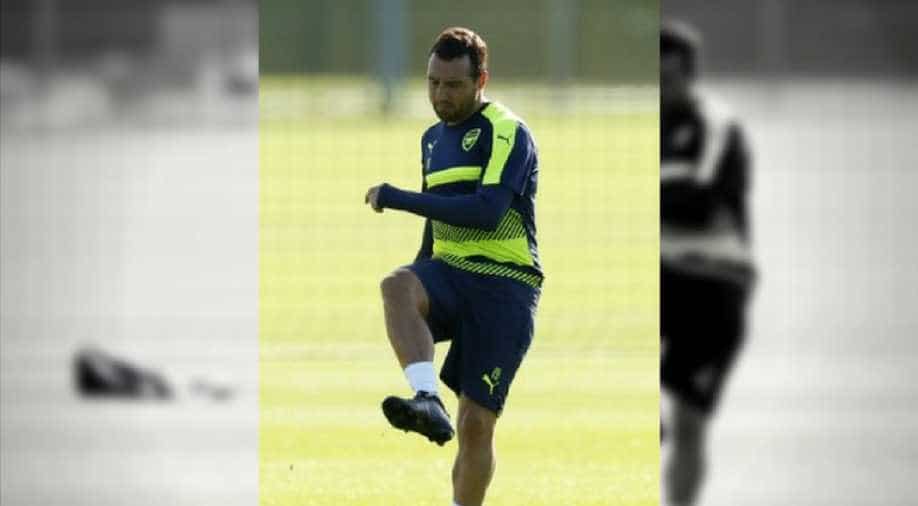 Injury-plagued midfielder Santi Cazorla has left Arsenal after six seasons in north London as his contract has expired, the Premier League club has said.

The 33-year-old has not played since October 2016 and underwent several operations, one resulting in a loss of eight centimetres from the tendon in his right ankle.

He also nearly lost his foot after contracting gangrene.

"I'm very sad to be leaving after so many great times. I have loved my time with the club and I will always remember the special moments we had together," Cazorla said in a video message on Arsenal's website https://www.arsenal.com/news/santi-cazorla-leaves-club.

Cazorla made 180 appearances for Arsenal and scored 29 goals after joining the club from Spanish side Malaga in 2012.

The technically astute playmaker returned to full training in the latter part of last season but failed to earn a new contract despite his comeback from serious injury.

"Santi is always one of my favourite players to watch. His natural ability with both feet, his speed of thought and movement were central to our best performances in recent years," Arsenal chief executive Ivan Gazidis said in a statement.

"He plays with a joy and freedom which is very rare. We wish him well for the future and thank him for his important contribution to our club."

Arsenal finished sixth in the recently concluded season with manager Arsene Wenger also leaving the club after nearly 22 years at the helm.