Salah back on the goal trail as Liverpool beat Huddersfield 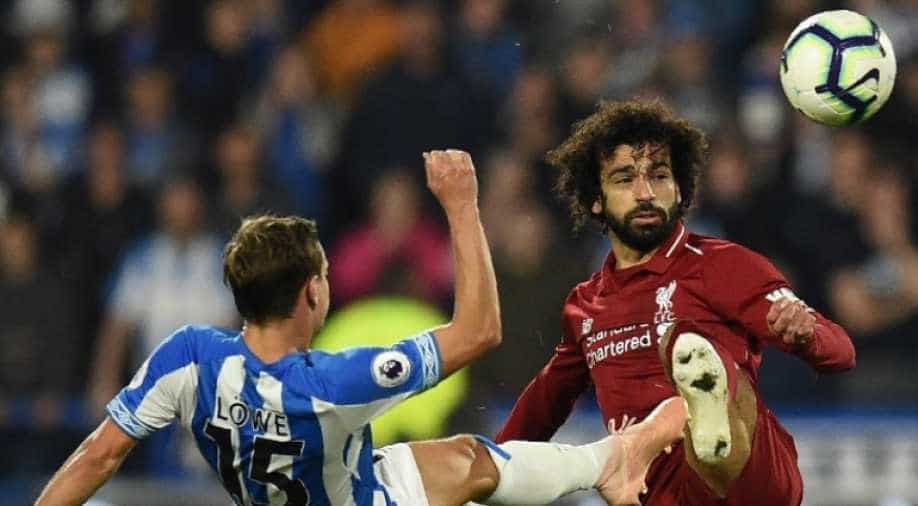 Jurgen Klopp's Liverpool were forced to tough it out against Huddersfield in the late game, with Salah scoring the only goal in a 1-0 win midway through the first half.

Manchester City brushed aside Burnley 5-0 on Saturday but Liverpool kept pace with the champions after Mohamed Salah rediscovered his scoring touch to fire his team to victory against lowly Huddersfield.

Earlier, Chelsea -- who had been level with City and Liverpool before the weekend -- needed a last-gasp equaliser to grab a point against Manchester United.

Tottenham moved into the top four after a 1-0 victory at West Ham, with Arsenal not in action until Monday.

Pep Guardiola's side, who missed a late penalty that would have given them victory over Liverpool at Anfield earlier this month, made it seven wins from nine league games as Burnley goalkeeper Joe Hart endured a miserable return to his former club.

Sergio Aguero opened the scoring in the 17th minute before second-half goals rained in from Bernardo Silva, Fernandinho, Riyad Mahrez and Leroy Sane.

With the defending champions slipping ominously into gear, midfielder Kevin De Bruyne came on for just his second appearance of the season following a knee injury he suffered in August.

"After we scored the second goal and third it was much easier," said Guardiola. "And of course it's good news that Kevin De Bruyne is back.... The goals were so outstanding, beautiful, beautiful goals and three more points."

City have scored 26 Premier League goals already during this campaign -- putting them on course to beat the record 106 they totalled last season.

Jurgen Klopp's Liverpool were forced to tough it out against Huddersfield in the late game, with Salah scoring the only goal in a 1-0 win midway through the first half.

"I sometimes look frustrated on the touchline even if we're winning. The performance wasn't 100 percent. It looked like we could have scored in six or seven situations but we needed one better pass."

Liverpool, gunning for a first top-flight title since 1990, are level with City on 23 points but trail their rivals on goal difference. Chelsea, in third, have 21 points -- level with Tottenham.

All of the top three remain unbeaten.