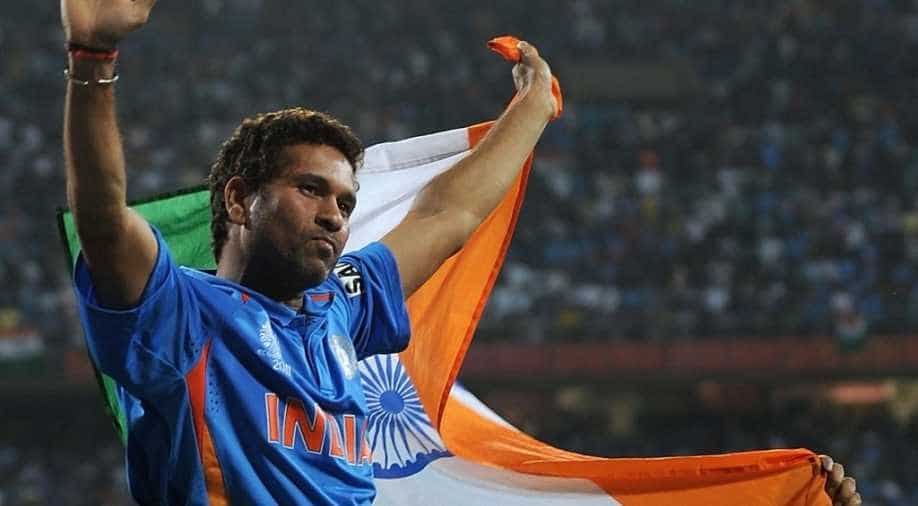 Sachin Tendulkar, who was showing mild symptoms after getting infected, said that the decision was purely out of precaution and medical advice

Indian cricketing legend Sachin Tendulkar has been admitted to hospital days after testing positive for COVID-19. Tendulkar took to Twitter and shared this news with fans.

The Master Blaster, who was showing mild symptoms after getting infected, said that the decision was purely out of precaution and medical advice.

Tendulkar was hospitalised on the 10th anniversary of India's 2011 ICC World Cup triumph. He tweeted: "Thank you for your wishes and prayers. As a matter of abundant precaution under medical advice, I have been hospitalised. I hope to be back home in a few days. Take care and stay safe everyone. Wishing all Indians & my teammates on the 10th anniversary of our World Cup win."

India reported 81,466 new COVID-19 infections on Friday, the highest daily number in six months, as several states were hit by a second wave of the coronavirus.

Health ministry data showed the total number of cases surged to 12.3 million, making India the third-most hit country from the virus after the United States and Brazil. The number of those dead rose by 469 to 163,396.

The former Indian cricketer recently led his side, Indian Legends, in the Road Safety Cricket Series which was played in Raipur. Indian Legends defeated Sri Lanka Legends by 14 runs on Sunday and lifted the trophy.