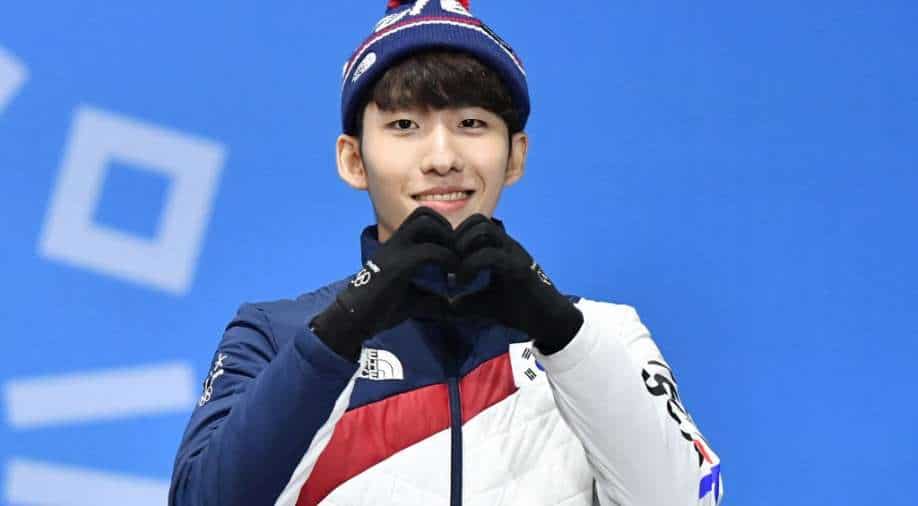 A South Korean Olympic short-track speed skating champion banned from the national team for sexual harassment has taken Chinese citizenship and will skate for the hosts at next year's Beijing Winter Games, reports said.

A South Korean Olympic short-track speed skating champion banned from the national team for sexual harassment has taken Chinese citizenship and will skate for the hosts at next year's Beijing Winter Games, reports said.

It will be the second consecutive home Winter Olympics for Lim Hyo-jun, after he won 1500m gold and 500m bronze at the 2018 Winter Games in Pyeongchang, South Korea.

But last year the 24-year-old was convicted of sexual harassment after he pulled down another male athlete's trousers in front of teammates at the national training centre.

The verdict was overturned on appeal, but the case is now before the South's Supreme Court for a final decision.

The Korea Skating Union suspended Lim for a year in August 2019, and while the penalty has been put on hold during the legal process, if the court finds against him it would rule him out of the Beijing Games.

Lim decided instead to become a naturalised Chinese citizen and skate for China, according to South Korean media reports.

He left for China on Friday after receiving his new passport, South Korean broadcaster MBC said, and was expected to join Beijing's national team after fulfilling his coronavirus quarantine requirements.

Lim made his decision on the basis of what was best for his career, according to his agency Brion.

"As the legal battle dragged on, it has become difficult for Lim to represent South Korea and try to win his second straight Olympic gold medal in Beijing," Yonhap reported, citing a statement from the agency.

He had not been able to train in the South for the past two years, it said, adding: "He just wanted to find ways to put his skates back on."

Lim is not the first South Korean skating star to change his allegiance.

In 2011, Ahn Hyun-soo -- who won three golds at the 2006 Winter Games -- was fast-tracked to Russian citizenship and competed at Sochi as Russian athlete Victor Ahn, after he suffered injury problems and fell out with South Korean skating officials.

South Korea is a regional sporting power and regularly finishes in the top 10 in the medals tables at the summer and winter Olympics.

But in an already intensely competitive society, winning is virtually everything in its sports community -- and physical and verbal abuse are rife.

In January, a former national speed skating coach was sentenced to over a decade in prison for sexually assaulting double Olympic gold medallist Shim Suk-hee.