Russia hit back to beat Scotland in Euro qualifier 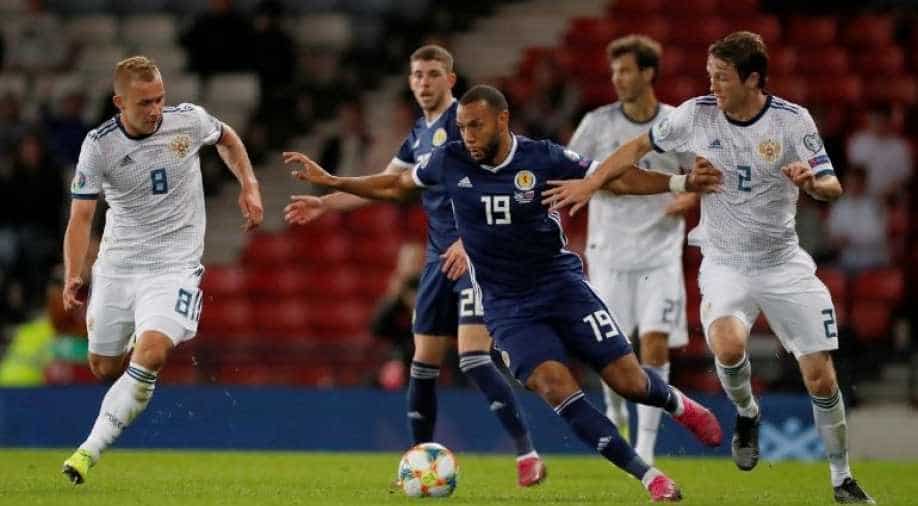 Russia recovered from conceding an early goal to beat Scotland 2-1 away in their Euro 2020 Group I qualifier on Friday.

John McGinn raised Scottish hopes by knocking in a loose ball for his first international goal after 11 minutes but Russia fought their way back into the game and Artem Dzyuba equalised five minutes before halftime.

Scotland repeatedly lost possession and were made to pay in the 59th minute when another pass was intercepted, Aleksandr Golovin sped away and cut the ball back into the middle where Stephen O'Donnell turned it into his own net.

Russia twice hit the woodwork as they continued to catch Scotland on the break.

Russia, who have 12 points from five games, stayed second, three points behind Belgium who maintained their 100 percent record with a 4-0 win in San Marino. Scotland stay on six.

Michy Batshuayi put Belgium ahead with a penalty two minutes before halftime and Dries Mertens, Nacer Chadli and Batshuayi added further goals in the second half.

Cyprus and third-placed Kazakhstan drew 1-1 in the group's other game, leaving them on four and seven points respectively.