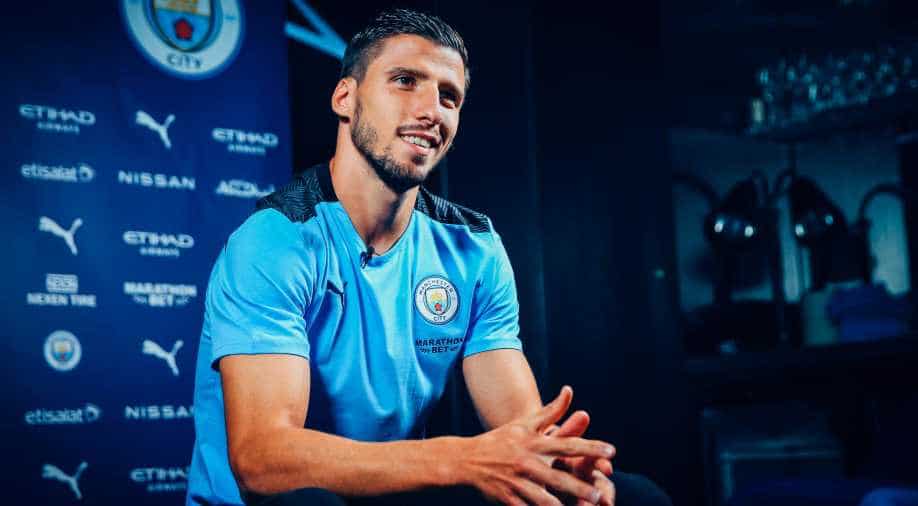 Manchester City is delighted to announce the signing of Ruben Dias. The 23-year-old centre-back joins from Portuguese outfit Benfica, with Nicolas Otamendi moving in the opposite direction. Having undergone a medical in Lisbon prior to completing the deal, Dias arrived in Manchester on Monday.

Manchester City have announced the signing of Ruben Dias. The 23-year-old centre-back joins from Portuguese outfit Benfica, with Nicolas Otamendi moving in the opposite direction. Having undergone a medical in Lisbon prior to completing the deal, Dias arrived in Manchester on Monday.

A product of the Benfica academy, Dias enjoyed individual success at youth level, featuring in the UEFA European Under-19 Championship Team of the Tournament in 2016 and being named Cosme Damião Revelation of the Year the following season.

He went on to win both the Portuguese title and Super Cup during his three seasons in the first team, while also competing in the Champions League.

With 19 senior international caps already to his name, Dias won the inaugural UEFA Nations League in 2019 with his native Portugal. He was named man-of-the-match in the final and also featured in the team of the tournament alongside Cristiano Ronaldo, Virgil Van Dijk and City teammate Bernardo Silva.

Rúben Dias said: “To have the opportunity to join a club like Manchester City is a fantastic opportunity for me and one I couldn’t turn down. Their success speaks for itself. They have been the dominant team in England over the last few years, playing an attacking brand of football which I feel suits my own game.

“It is really exciting to be part of such a talented squad and to play for a world class manager like Pep Guardiola, who has a proven track record of developing young players like myself. “I believe I can improve here, at a club whose ambitions match my own and I will give everything to be successful and win titles.”

Txiki Begiristain added: “Ruben is a player we have admired for some time and we have been impressed with how he has progressed at Benfica. He has developed into a real leader and as a defender, he has all the attributes we are looking for. He is strong in the air, good in one v one situations and technically, he is very good, so we are confident he can thrive in our system.

“He is young but has gained valuable experience at a big European club in Benfica and we’re really pleased we’ve been able to sign him. He is another talented addition to the squad and someone who is only going to get better working under Pep.”