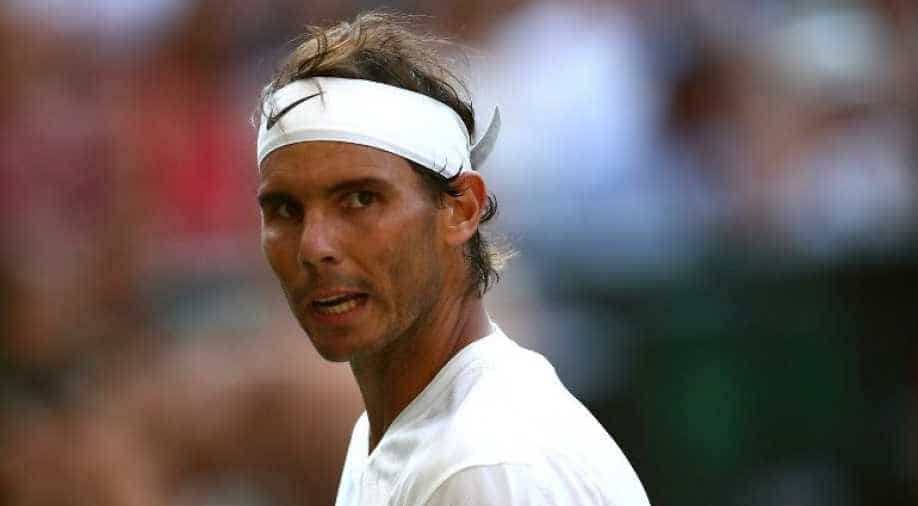 World number two Nadal was the only major seed to survive a quarter-final cull after defeats for Dominic Thiem and Alexander Zverev.

Rafael Nadal needed a set to get adjusted before unloading on Fabio Fognini for a 2-6, 6-1, 6-2 victory and a place in the ATP Montreal Masters semi-finals.

Nadal, who won his fourth title in Canada a year ago, needed almost two hours on Friday to overcome the Italian veteran who shocked him on clay at Monte Carlo in April.

"It was an up-and-down match, but a positive match for me because I played better and better as it went on," Nadal said.

"I lost the first set feeling that I was not playing badly. Things were just going too fast.

"Things happen quickly here because the court is fast. Sometimes in the first set, the player who is taking advantage has the adrenaline very high.

"It's difficult to quickly stop that momentum."

World number two Nadal was the only major seed to survive a quarter-final cull after defeats for Dominic Thiem and Alexander Zverev.

Gael Monfils and Roberto Bautista Agut, meanwhile, were delayed by a steady rain that began as they took the court for the last quarter-final.

Austrian second seed Thiem, coming off an emotional home victory in Kitzbuehel last week, hit the wall in a 6-3, 6-1 thrashing at the hands of Russia's eighth-seeded Daniil Medvedev.

Zverev suffered the first blemish on what had been a perfect 7-0 record in Montreal after winning the 2017 edition in his maiden visit to the city, which alternates with Toronto as host venue each year.

Khachanov and Medvedev are 1-1 in their rivalry, having played each other in Moscow last season and in 2017 at the NextGen final in Milan.

"It's never easy to play a good friend, especially from the same country," Khachanov said. "Daniil is having a great season. The match will be difficult.

"He's a dangerous opponent. He has been destroying everyone this week. It should be a great match."

Two-time Roland Garros finalist Thiem, who had never won a match in Canada over five years of trying before this week, said he did not have a chance against Medvedev as a hectic travel schedule caught up with him in his 56-minute loss.

"With all the travelling and short transition, two very tough matches yesterday and two days ago, I think the battery was empty today. I was not on my 100 per cent," he said.

"This is just not enough in the quarter-finals of a Masters 1000, especially against a guy like Daniil, who is in a great shape, who is playing amazing tennis."

Medvedev admitted he was expecting Thiem to be tougher.

"I was happy that I was able to play so well, to beat him so easily," Medvedev said. "It saved me a lot of energy. It gave me a lot of confidence, so I'm very happy."