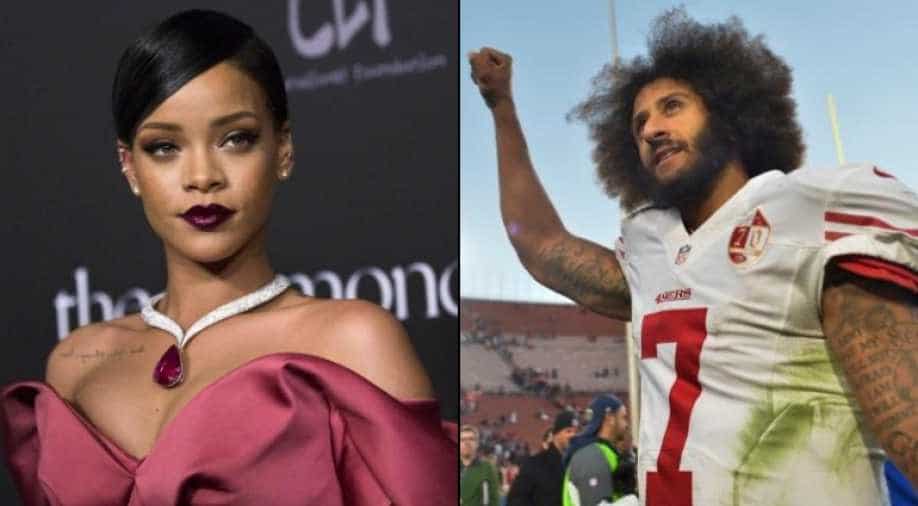 Rihanna has declined an invitation to headline the Super Bowl half-time show in 2019.

Barbadian singer Rihanna declined an invitation to headline the Super Bowl half-time show, a US media report said on Friday.

The report suggested that the singer had declined the invitation in support of American football quarterback Colin Kaepernick.

There is no response yet from the NFL officials but a source close to the singer reportedly told a popular US-based magazine that Rihanna "does not agree with the NFL's stance".

American pop rock band Maroon 5 will headline the Super Bowl half-time show in 2019, but it seems that the band wasn't the NFL's first choice.

Earlier, Colin Kaepernick initiated a protest against New York police brutality. The NFL players bent to his knee in silent protest during the US national anthem before a game which attracted the ire of President Trump.

Trump had later urged the league to suspend or fire players who protest during the national anthem.

In pics: Memorable protests from sportspersons against injustice

The bold move started as a result of repeated videos showing police shooting and killing unarmed black men in the US.

Kaepernick has been unable to secure a contract with an NFL club since becoming a free agent in March last year.

Recently, tennis star Serena Williams also supported the protest and said that every "every athlete, every human" should be grateful for American football players Colin Kaepernick and Eric Reid for their stand on racial and social injustice.