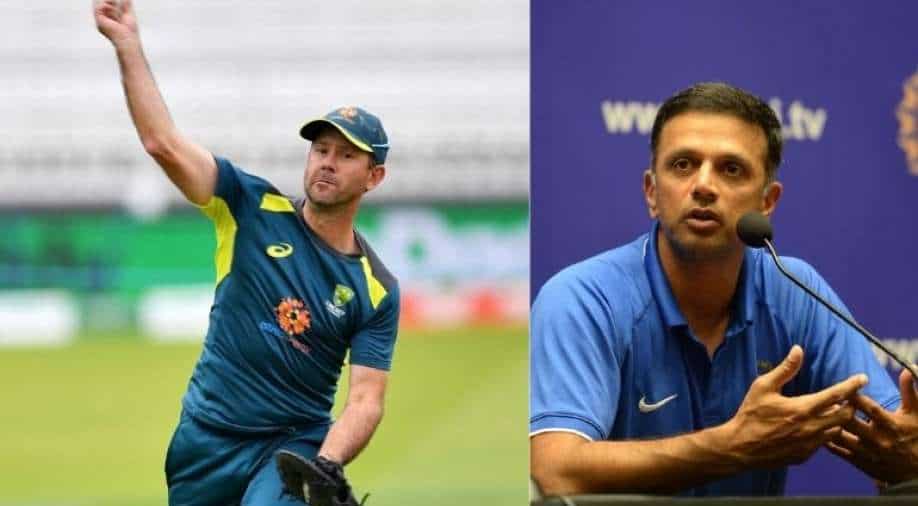 Ricky Ponting on a podcast said that being a coach for a National team is an old man's job and not for someone who has got a young family.

Former Australia captain Ricky Ponting has expressed astonishment that Rahul Dravid took up the job of head coach of the Indian squad, given his family. Ponting also showed interest in taking coaching of Australian team but can’t do at present because it demands at least 300 days away from family.

Dravid's coaching career got off to a winning start on Wednesday, as Team India defeated New Zealand by five wickets in the opening T20I of the three-match series.

"Actually, I’m surprised that Dravid has taken it up as well. There was a lot of chat about how happy he was in the Under-19 role he had. I’m not sure about his family life but I'm sure he has got young kids. So I’m surprised that he took it but as I said, the people I spoke to were sure they got the right person so they were probably able to get Dravid to do it," Ponting stated on the Grade Cricketers Podcast.

ALSO READ: Ravichandran Ashwin difficult to get away, he has great control over line and length, says Martin Guptill

Ponting also said that he was contacted about being Team India's head coach, but he had to decline. "I had a couple of conversations with some people during the IPL about it (the head coach position). The people I spoke to were pretty hell-bent to find a way to make it work. The first thing I said was that I can’t give that much time, that means I can’t coach in the IPL," he added.

When asked if he'll ever take up the job of Australia’s head coach, Rickey Ponting said that coaching a national team is a tedious task and to leave his family behind is not what he can do at moment.

He said, "Time is the only thing that stops it, I’d love to coach the Australian team, but what I have done with my playing career was being away from family as much. I have a young family now, a seven-year-old boy, and to give up 300 days a year is not what I would do."

He further said that even though he is the coach of Delhi Capitals he gets enough time for himself and the family. "That's where the IPL works so well for me. To be able to coach 8-10 weeks in winter months, and to be able to come back and do the Channel 7 stuff in the summer, I have got enough work to keep me happy and to keep me around the game but also be able to spend time with the family."

Delhi Capitals had qualified for the IPL 2021 playoffs.

On coaching’s job he said, "I actually think, from my view, it's almost an older man's job and not for someone who has got a young family."