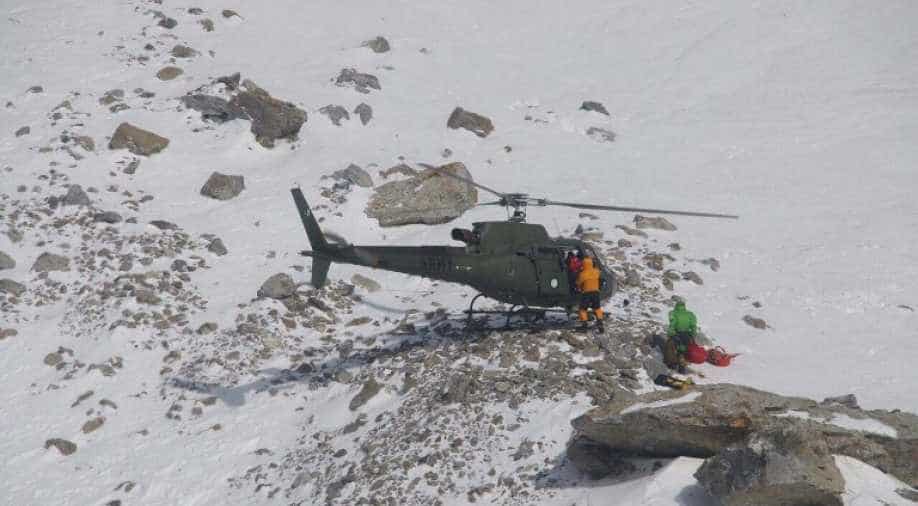 An elite group of climbers have saved a French mountaineer in a daring high-altitude rescue mission on Pakistan's Nanga Parbat, one of the highest mountains in the world, as officials called off the search for a second missing alpinist on Sunday.

The rescue mission involved four mountaineers who were flown by the Pakistani military from the base camp of K2 -- the world's second-highest peak -- to reach the stranded climbers.

"The K2 climbers who stopped their historic effort for a winter K2 summit will descend with Elisabeth Revol - one life saved," said Karar Haideri, spokesman for the Alpine Club of Pakistan, in a statement on Sunday.

The missing alpinists were located Friday when fellow mountaineers using binoculars spotted Revol attempting to climb down while Mackiewicz appeared to be crawling due to frostbite.

It earned the nickname "killer mountain" after more than 30 climbers died trying to conquer it before the first successful summit in 1953.

In July last year, a Spaniard and an Argentinian were presumed dead after they went missing while trying to summit Nanga Parbat.