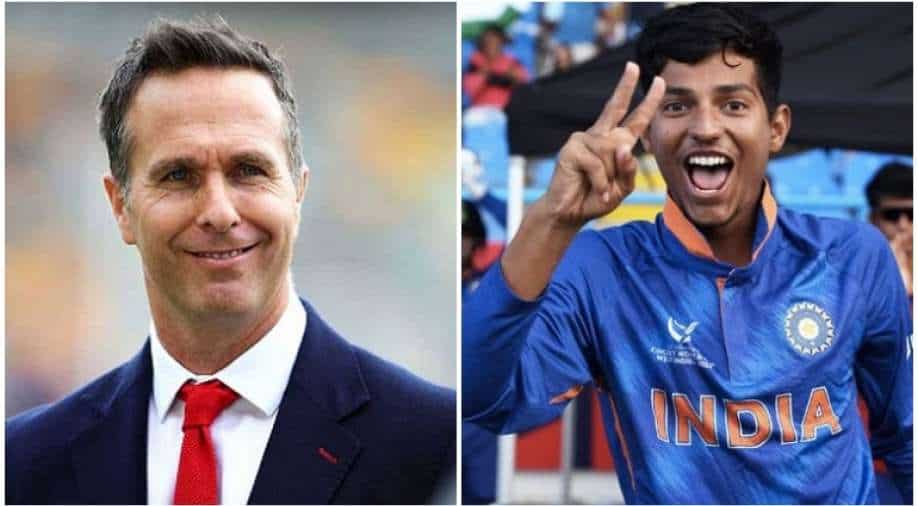 Yash Dhull scored a ton against Tamil Nadu in the ongoing Elite Group H contest here at the Barsapara Cricket Stadium on Thursday.

"100 on his first-class debut ... Yash Dhull is a player we will be seeing lots of over the next few years," Vaughan tweeted.

Sent out to open, Dhull brought up his century off just 133 balls with the help of 16 boundaries. In the ongoing match, Tamil Nadu won the toss and opted to bowl first.

When on 97, Dhull was dismissed by M Mohammed but the ball turned out to be a no-ball, and the young Delhi batter got a reprieve.

Earlier this month, Dhull had led India to a record fifth U19 World Cup triumph after the boys in blue defeated England in the summit clash.