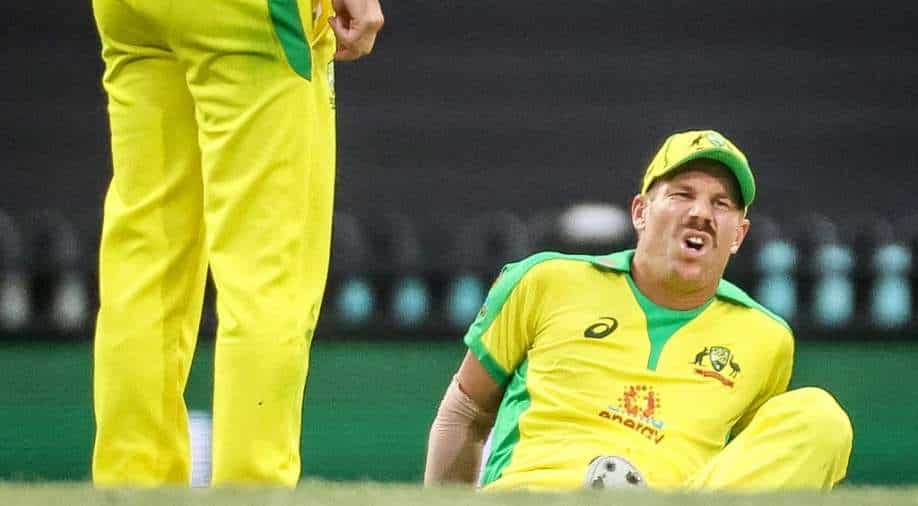 Warner was struck by the injury during the second ODI match against India and was ruled out of the first two matches of the four-match Test series.

Australian opener David Warner on Wednesday admitted that it was a wrong decision to rush himself back to face India in the Test series after sustaining a groin injury.

Warner was struck by the injury during the second ODI match against India and was ruled out of the first two matches of the four-match Test series last November. However, Warner was brought back to playing XI for the third match when the series was levelled at 1-1.

"It put me back a little bit. Looking back in hindsight, I probably wouldn't have done that. If I'm thinking about myself and the injury, I probably would have said no. I've had this time to heal and obviously with South Africa being called off, it gave me a bit more time to get that strength work done," Warner was quoted as saying by AAP.

Warner was visibly in discomfort during the third and fourth match and struggled to run between the wickets. The Aussie opener scored 5, 13, 1 and 48 in the remaining two matches.

However, the 34-year-old still remains one of the best batsmen in the Australian lineup and could play a key role in the upcoming T20 world cups (back-to-back tournaments). He will also be a part of the 2023 World Cup in India.

"We've got a good opportunity to play that (2023 World Cup) and win in India. The core team there, with the age group as well, it's probably going to be the last for a few of us. Then obviously it's a given you just have to call it time unless you're going to play until you are 41. From a Test cricket point of view, I'd love to play as long as I can," he said.