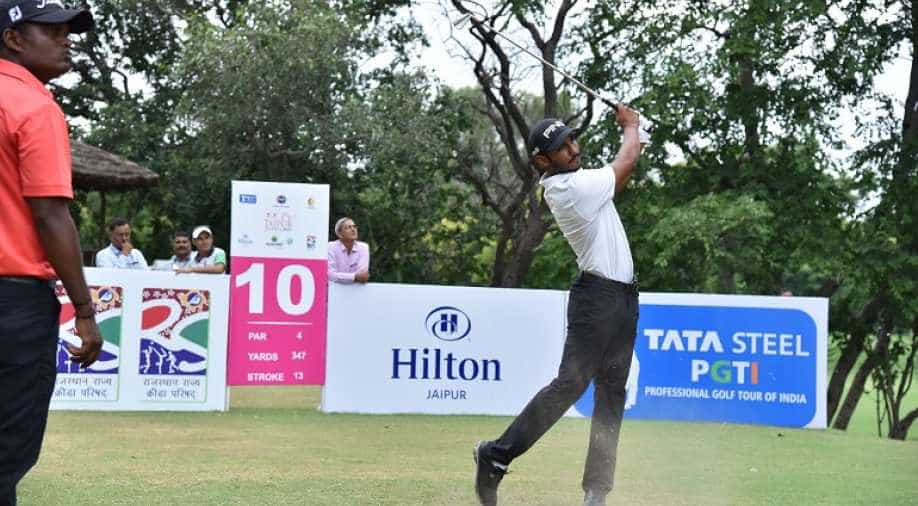 The Bengaluru duo of M Dharma and Syed Saqib Ahmed finished joint third at 18-under-262 at the Rs. 30 lakh event.

In what turned out to be a shootout between two promising rookies and emerging names of Indian golf, Gurugram-based Priyanshu Singh defeated Delhi’s Kshitij Naveed Kaul in a playoff at the TATA Steel PGTI’s Jaipur Open 2019 to register his maiden win.

Twenty-three-year-old Priyanshu, the 2019 PGTI Qualifying School champion, and 18-year-old Kshitij, a winner on the PGTI this season, went into the playoff after both ended the regulation 72 holes with matching totals of 19-under-261 at the magnificent Rambagh Golf Club.

While Priyanshu shot a determined five-under-65 on day four, Kshitij produced the best round of the tournament, a spectacular 10-under-60.

The Bengaluru duo of M Dharma and Syed Saqib Ahmed finished joint third at 18-under-262 at the Rs. 30 lakh event.

Priyanshu Singh (65-68-63-65), lying overnight third and three off the lead, made a late charge with five birdies on the back-nine to set up the title clash with Kshitij. Priyanshu, who attended the University of South Florida and spent some time playing college golf in the United States prior to turning pro, played an exceptional bunker shot on the 18th which almost found the hole.

Priyanshu, who also gained experience playing three events on the PGA Tour Series – China this summer, came up with another tremendous bunker shot from almost the same spot during the playoff to set up a two-foot putt for victory even as rival Kaul struggled with his chipping during the tie-breaker to fall short of his second title.

Priyanshu said, “It’s special to win my first title in my rookie season. I’ve had a pretty consistent season so far. I didn’t lead the tournament at any stage this week. So, I wasn’t really nervous going into the final stages of the last round and the playoff. 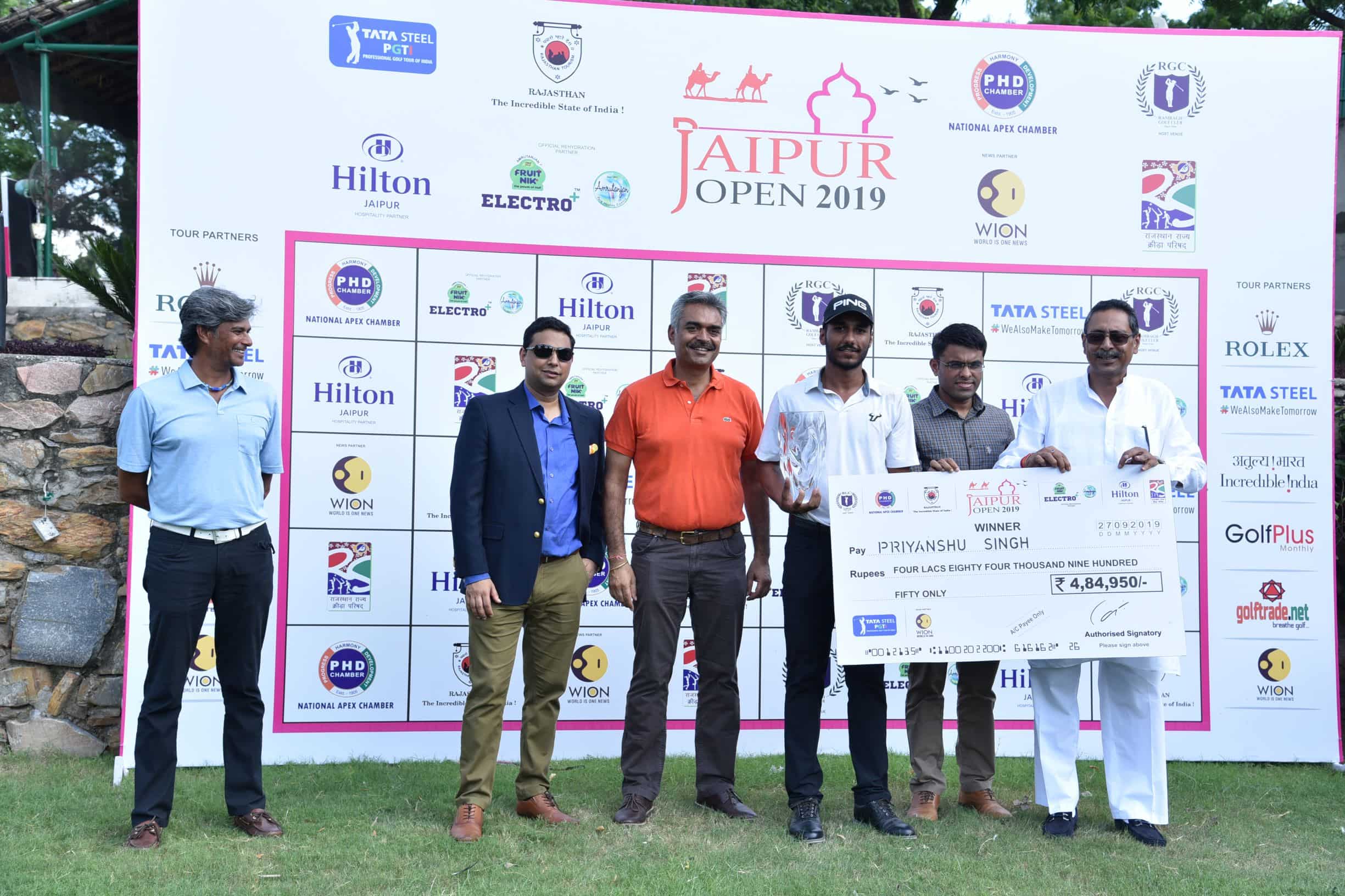 “The experience of playing in difficult conditions in China earlier this year helped me a lot as it magnified the things that I needed to focus on.”

Earlier in the day, Kshitij Naveed Kaul (68-69-64-60), lying overnight tied 18th and eight off the lead, posted an unbelievable eight birdies and an eagle for a 60 to storm into the clubhouse lead and set the bar at 19-under.

Kshitij was in great ball-striking form on the back-nine and signed off with a birdie-eagle-birdie on the last three holes.

Kshitij, who continued to be in third place on the PGTI Order of Merit, said, “I’m delighted to have shot my career-best round of 60 and also my career-best tournament total of 19-under.”

Earlier in the week, Noida's Vikrant Chopra fired a rare albatross, the season’s first, on the par-5 17th during round one.

At the halfway stage, Syed Saqib Ahmed totaled 15-under-125 to equal Vikrant Chopra’s record for the lowest score after two rounds at a PGTI event.