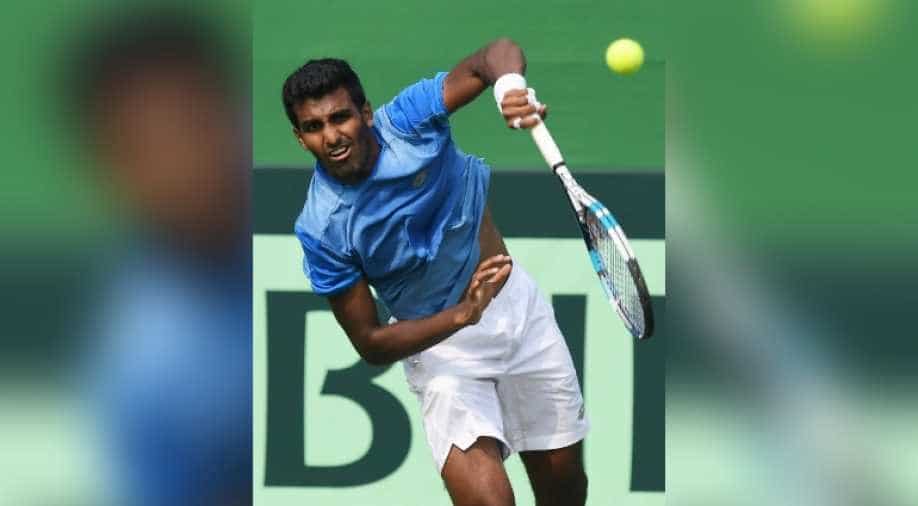 Prajnesh had collected 61 points after reaching the third round at the ATP Master series event, where he beat world number 18 Nikoloz Basilashvili to register the biggest win of his career.

The breakthrough run at the Indian Wells has propelled India's Prajnesh Gunneswaran to a career-high rank of 84 but injured Yuki Bhambri on Monday dropped out of top-200 for the first time in almost two years.

In the recently released ATP rankings, Prajnesh had collected 61 points after reaching the third round at the ATP Master series event, where he beat world number 18 Nikoloz Basilashvili to register the biggest win of his career.

The performance helped him zoom 13 places to his new career-best ranking.

He was followed by Ramkumar Ramanathan (139), who dropped three places.

Both of them will try to qualify for the singles main draw of the Miami Masters this week.

Yuki is probably the most unlucky Indian singles player, whose progress has been halted by one or other injury. Whenever he has managed to break the top-100 bracket, injuries forced him to be out of action.

Yuki told PTI that he will return to competitive action in May with protected ranking.

The next best in the singles chart were Saketh Myneni (251, -5) and Sasi Kumar Mukund (268, +2). Mukund did not figure in even top-400 five months back and has shown good progress in this time period.

In the doubles, left-handed Jeevan Nedunchezhiyan touched a new career-high of 64 and was third highest-ranked played of the country after Rohan Bopanna (36,+2) and Divij Sharan (41, -1).

In the WTA rankings, Ankita Raina continues to be India's top-ranked player at 168 (-2) and was followed by Karman Kaur Thandi, who jumped seven places to 203.