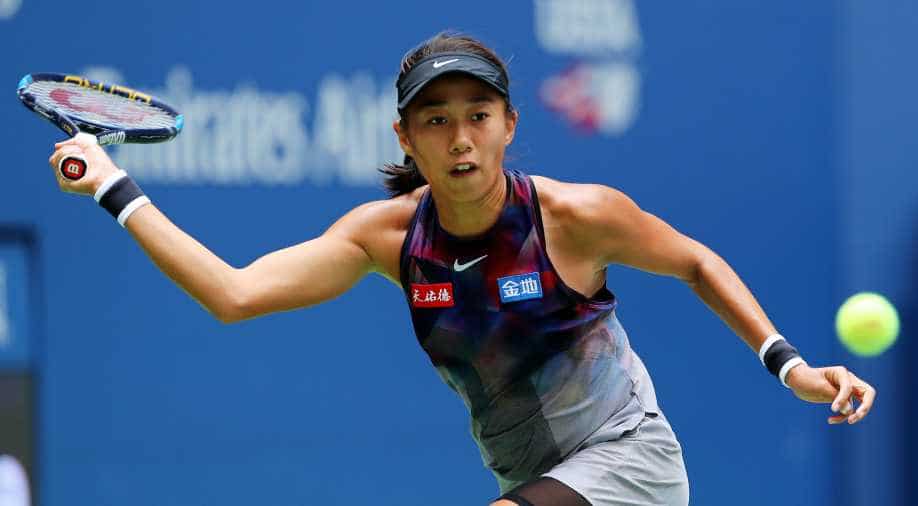 Saisai Zheng of China returns a shot to Karolina Pliskova of Czech Republic during their third round match on Day Six of the 2017 US Open. Photograph:( AFP )

Karolina Pliskova showed the steel of a world number one as she fought off a match point to claim a riveting 3-6 7-5 6-4 comeback win over Zhang Shuai in the US Open third round on Saturday (September 9).

Pliskova, runner-up at Flushing Meadows last year, would have lost her world number one ranking had she been beaten on Arthur Ashe Stadium but moved another step closer to a first career grand slam title.

Chinese Zhang was aggressive throughout the match but was ultimately worn down by the tall, big-serving Czech.

Pliskova needed an injury time out to attend to a sore arm in the second set, which she hopes will not bother her when she faces either American Jennifer Brady or Monica Niculescu of Romania.

The men's number one seed Rafael Nadal also struggled at the start of his match, facing Argentine Leonardo Mayer with Mayer taking the first set on a tie-break.

The second set was a close affair with lengthy games at its outset though neither player could capitalise on the many breaking point chances on offer. Nadal eventually did break before taking the set and hardly looked back, gaining confidence and Mayer losing his focus.