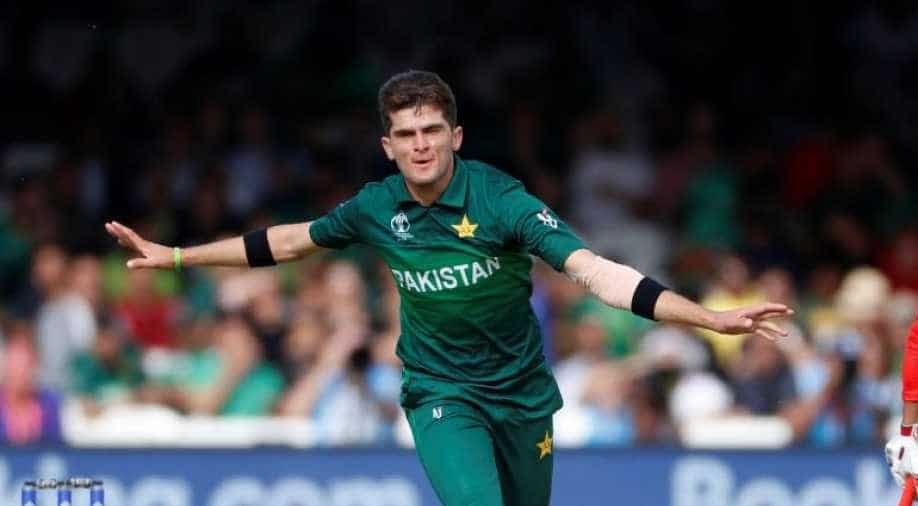 Pakistan defeated Bangladesh by 94 runs but despite that, they missed out on the semi-final stage of the tournament

Pakistani pacer Shaheen Afridi became the youngest bowler to take six wickets at the Cricket World Cup tournament while playing against Bangladesh on Friday at Lord's.

In the process, he gave up just 36 runs, which is also the best bowling figure for a Pakistan bowler in the World Cup history.

For his extra brilliant spell, he was awarded Man of the Match award and for his tremendous effort, he gave credits to the bowling coach Azhar Mahmood.

While receiving the award, Shaheen said, "The bowling coach Ajju bhai (Azhar Mahmood) was helping me in the nets and I'm happy with this performance."

Shaheen also said that how senior players are helping him. "Whenever the senior guys tell me to bowl a yorker, I try to bowl one. Their experience is very helpful for me," said Shaheen.

👉 16 wickets at #CWC19
👉 Youngest to take a five-for at a World Cup
👉 Most wickets by a teenager in World Cups
👉 Best figures by a Pakistan bowler at a World Cup pic.twitter.com/8OUJIdsjtY

Pakistan defeated Bangladesh by 94 runs but despite that, they missed out on the semi-final stage of the tournament.