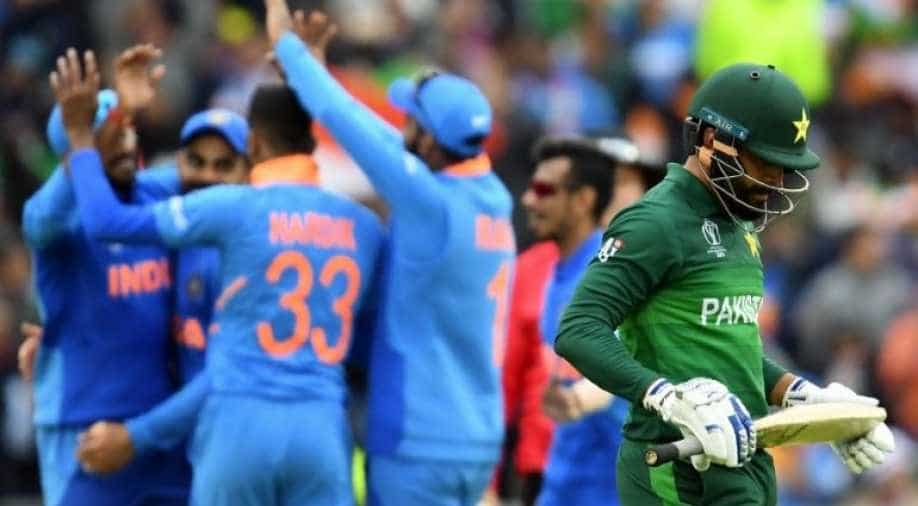 In the six matches played so far in the World Cup, Pakistan have now dropped 14 catches in this World Cup - the most of any team in the tournament.

Pakistan knocked South Africa out of the World Cup 2019 on Sunday keeping their own semi-final dream alive.

The Men in Green won despite dropping at least six catches during the match, and by being consistent in their sloppy fielding in the tournament.

Sloppy fielding, almost as regular a feature of Pakistan cricket as dazzling fast bowling, continues to let Pakistan down.

In the six matches played so far in the World Cup, Pakistan have now dropped 14 catches in this World Cup - the most of any team in the tournament - an analysis of teams' performance shows.

India, on the other hand, have been having exceptionally well in terms of fielding and have dropped only one catch in the four complete matches they have played.

During their 89-run defeat against India, Sarfaraz Ahmed's boys have seen fielding as if they were trying to catch chickens. In that very match, they missed a very easy opportunity to run Rohit Sharma out as the fielder threw at the wrong end.

Meanwhile, Pakistan coach Mickey Arthur has said that he is very much confident that Pakistan will reach to the semi-finals.

"We are very firmly in the World Cup. We will win our next three games and will qualify," Arthur said.

Pakistan stand at the seventh spot in the tournament standings with five points. Only the top four teams of the table will qualify for the semi-final. After losing to their arch-rival India in the last game, Pakistani team were slammed heavily by their supporters worldwide as they never defeated them in the World Cup history.

But the road to semi-finals is not easy with an ordinary fielding side.

Pakistan will have to improve their fielding if they want to make Arthur's statement true.