Opinion: How Sourav Ganguly led team India from one victory to another 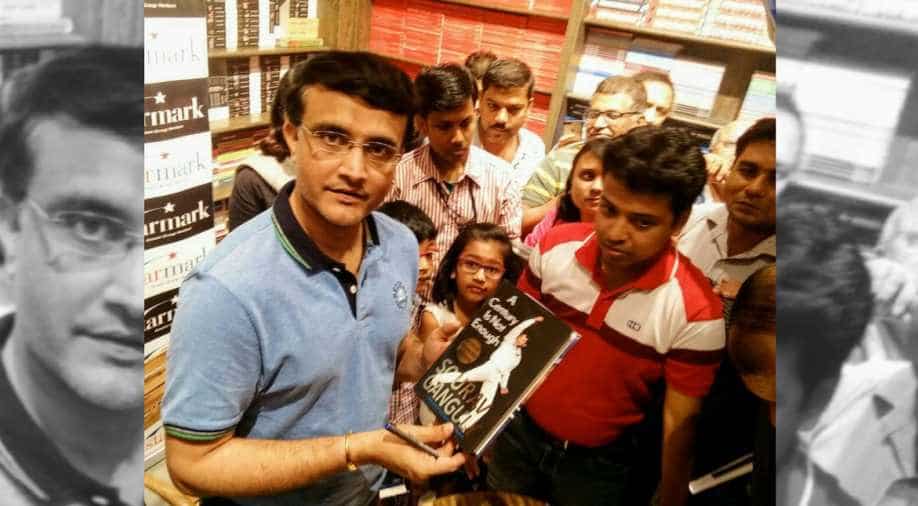 Sourav Ganguly signing the book for one of his fans. Photograph:( Twitter )

Sourav Ganguly has been one of the most impactful players in the Indian Cricket in the recent decades.

Though, I still have to read the book but have read many reviews of it and got to know about it to the considerable extent. As I read in one of the reviews of the book, you may love Sourav or despise him but you have to accept that he has been one of the most impactful players in the Indian Cricket in the recent decades.

When Ganguly was selected for the tri-series in Australia in 1991-92, all we thought that he was a budding cricketer, son of an influential Cricket administrator who was pushed to international arena quite prematurely.

Since he was with the side for the months (remember each side played eight group matches in that series), he was given a chance in an ODI (his debut match for India) against West Indies. It was a forgettable show; Ganguly was dropped and forgotten.

One thing Ganguly established right in the beginning of his career that he was extremely fluent batsman; the god of offside as he was described once.

Sourav Ganguly scored back to back centuries and attained cult status instantaneously. Over the next few years, he pipped Rahul Dravid for the claim of captaincy as Ganguly was an undisputed member of ODI team as well, which Dravid wasn’t during 1997-98.

One thing Ganguly established right in the beginning of his career that he was extremely fluent batsman; the god of offside as he was described once. He along with Tendulkar was one of the most successful ODI opening pairs in the history. He played many great knocks in ODIs but the one at Taunton (he scored 183) against Sri Lanka in a World Cup match deserves a special mention.

Ganguly had a dream run as Indian skipper during 2000-05. True that he had batsmen like Tendulkar, Dravid and Laxman at his disposal but still plenty of credit for the resurrection of the team goes to the fearless and aggressive leadership of Ganguly. During his period at the helm, Ganguly was handling both veterans and newcomers quite well.

Remember Tendulkar was almost seven years his senior in Test seniority. Ganguly was audacious. He has admitted that one of the toughest tasks for him was to tell Anil Kumble during an overseas tour once that Kumble was not making the cut into the playing eleven. Ganguly must be in an awkward situation considering Kumble made his Test debut six years before Ganguly.

Ganguly played a major role in shaping career of Sehwag, Harbhajan and Zaheer Khan in their initial days.

Ganguly has praised MS Dhoni unequivocally in his book and very subtly took the credit of given Dhoni to the nation. As such the claim Ganguly has made is correct. It was Ganguly who put the final stamp on Dhoni’s inclusion in team India in 2004 and he promoted him up in the batting order in that famous Vizag ODI against Pakistan.

Dhoni slammed a century and rest is history. During his last Test match in 2008 against Australia, as a mark for respect, Dhoni asked Ganguly to lead the side when India was fielding. Ganguly has well acknowledged that goodwill gesture in his book.