Novak Djokovic entitled not to get jabbed, Australia entitled to throw him out: Shane Warne 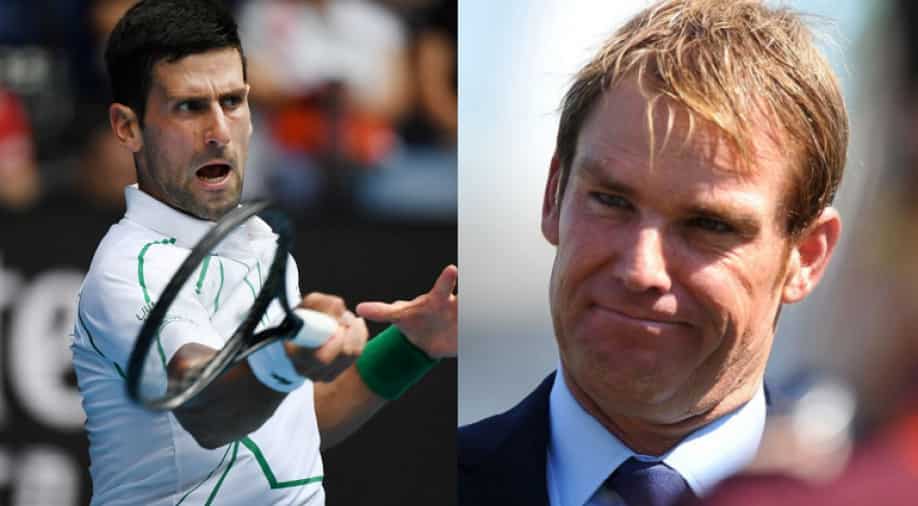 Novak Djokovic's problems don't seem to end anytime soon as the tennis superstar finds himself in trouble once again after his visa was revoked once again by the Australian government on Friday (January 14). Djokovic had won a court case earlier this week to be released from detention and get the decision to cancel his visa revoked by the court.

However, on Friday, Australia's Immigration Minister Alex Hawke used discretionary powers to once again cancel Djokovic's visa citing 'health risk' towards the community. The decision comes as a huge blow to Djokovic's chances of taking part in the Australian Open which is all set to get underway from January 17.

“Novak is a great tennis player & one of the all time greats. No doubt. But he’s lied on entry forms, been out in public when he knew he had covid & is now facing legal cases. He’s entitled to not be jabbed but Oz is entitled to throw him out ! Agree ? #shambles”, Warne wrote in a tweet.

Just hours after his tweet, the Australian government announced that Djokovic's visa had been cancelled once again over his COVID-19 vaccination status. Earlier, the star tennis player had his visa revoked for the first time in the first week of February when he had landed in Melbourne.

He was later detained by the border officials and sent into an immigration hotel in Melbourne where he spent five days before being released after winning the legal battle. Djokovic has been confirmed as the top seed in the men's singles category ahead of the Australian Open.

However, there remains doubts over his participation in the tournament as the visa case continues to drag on.