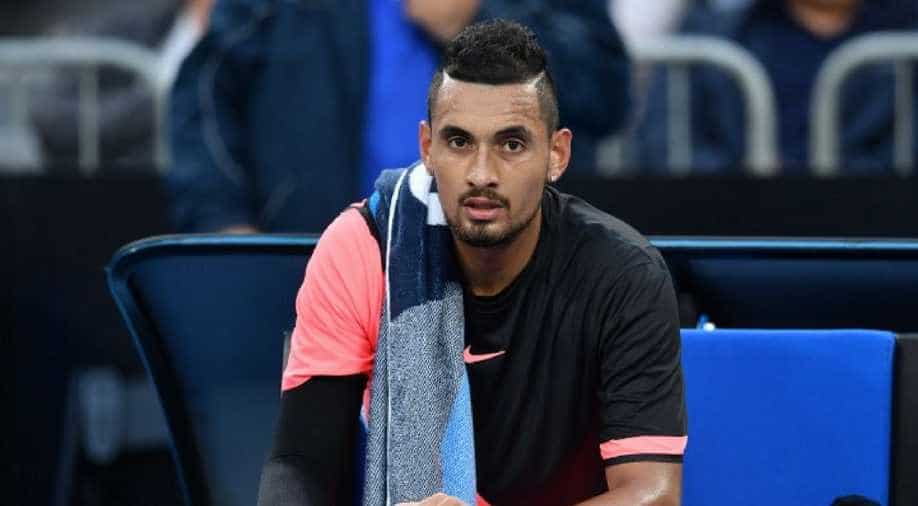 Nick Kyrgios was fined $3,000 penalty for using 'colourful' language in the first round match of Australian Open. Photograph:( AFP )

Australia's volatile Nick Kyrgios accused of unsportsmanlike conduct during the first round match of Australian Open on Hisense Arena on Monday.

Kyrgios received a code violation for telling a loudmouth member of the crowd to "shut the f*** up".

He also exchanged words with the chair umpire during the changeover after the Australian had taken the opening set for the loss of one game in just 28 minutes.

"All you have to do is say 'please be quiet when the player is serving'," Kyrgios told the umpire.

He played a flawless opening set but that didn't stop him from receiving a code violation early in the match.