Neymar arrives in Brazil ahead of foot surgery 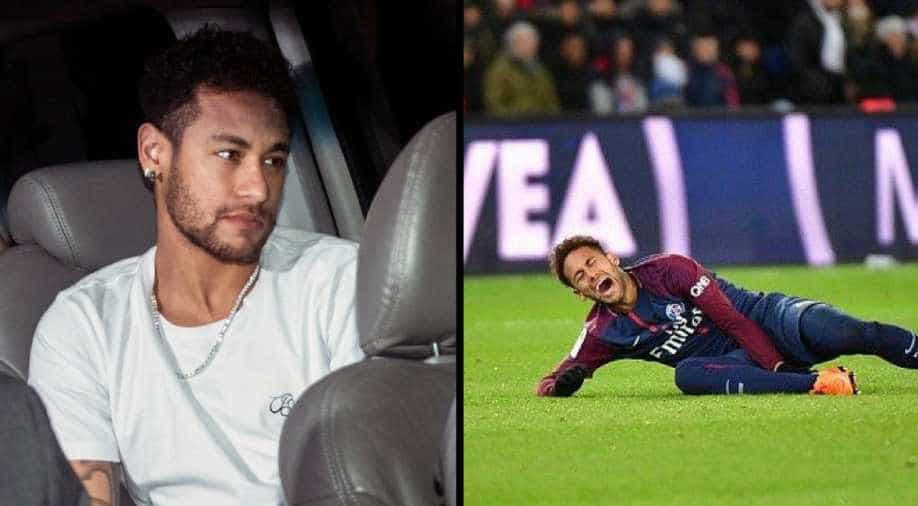 Paris Saint-Germain star Neymar suffered a sprained ankle and a fractured metatarsal when he was stretchered off during a match against Marseille.

On Friday, he flew to Belo Horizonte in Brazil and went straight to the Hospital MaterDei in the city for treatment to his injured foot.

"Because this treatment is going to take six to eight weeks, we know that, whether it is surgery or conventional, it will be six or eight weeks," he further said.

Neymar Sr also mentioned that the damage was such that Neymar would definitely miss next week's Champions League encounter against Real Madrid.

Brazil star was signed by PSG for a world record 222 million euros (US$ 260 million) from the Spanish giants Barcelona last year, is set to undergo surgery on the fifth metatarsal of his right foot.