Neuer challenges Germany to throw down marker, Kroos drops out 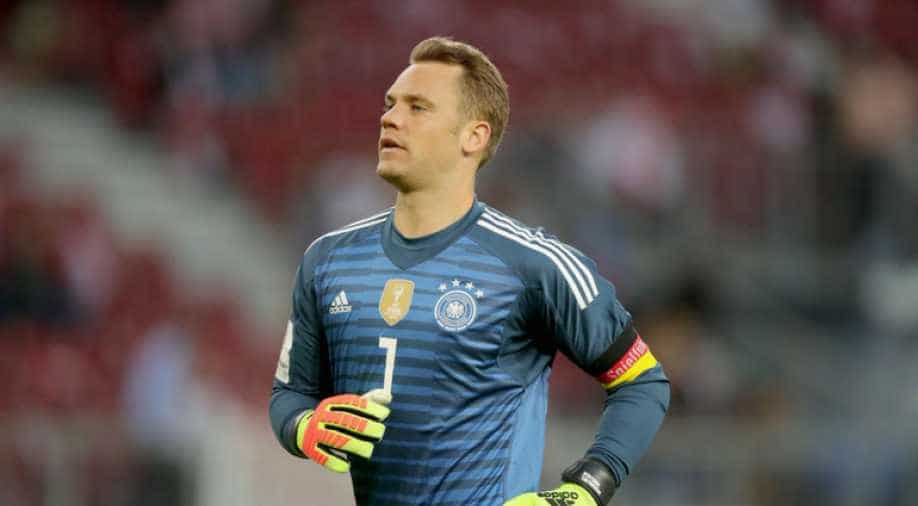 Manuel Neuer is a German professional footballer who plays as a goalkeeper for and captains both, Bayern Munich and the Germany national team. Photograph:( Twitter )

Captain Manuel Neuer wants Germany to prove themselves in the upcoming World Cup qualifiers, but their plans were dealt a blow Tuesday as Toni Kroos withdrew with injury.

Captain Manuel Neuer wants Germany to prove themselves in the upcoming World Cup qualifiers, but their plans were dealt a blow Tuesday as Toni Kroos withdrew with injury.

Their opening qualifier against Iceland in Duisburg on Thursday is Germany's first international since their humiliating 6-0 thrashing by Spain last November.

After nearly 15 years as coach, Loew will step down after the delayed Euro 2020 from June 11-July 11 and has "challenged" his team to find form.

"The national coach is right. We're all challenged -- we have big plans," said Neuer in a press conference on Tuesday.

"We want to get into the swing of things. We can't make any more mistakes."

However, Germany will be without Real Madrid star Kroos, who has a groin injury.

"I'm reluctant to be without him," Loew said in a statement, but the 31-year-old is not an option for the three qualifiers.

However, there was some good news as Bayern Munich midfielder Joshua Kimmich joined the squad after recovering from a cold.

Neuer says Germany have extra motivation for the Euro finals, where they face World Cup winners France, reigning champions Portugal and Hungary in their group.

"We all have ambitious goals and want to crown (Loew's) successful era with a great finish," said Neuer.

"(Loew) is very motivated and ambitious. He wants it at all costs. He wants to quit as successfully as possible."

Loew has called up five Premier League players after Germany relaxed some of its Covid-19 travel restrictions.

The five are kept separate apart from training, team meetings and matches.

"We are not in contact with the UK players, who have separate tables compared to the players who live in mainland Europe," said Neuer.

Borussia Moenchengladbach midfielder Florian Neuhaus said the squad are just happy to be able to play, with the rest of Germany still in lockdown.

"There are worse things than being in a bubble with the national team for 10 days," said the 24-year-old.

"In a certain way it has become everyday life in Germany."