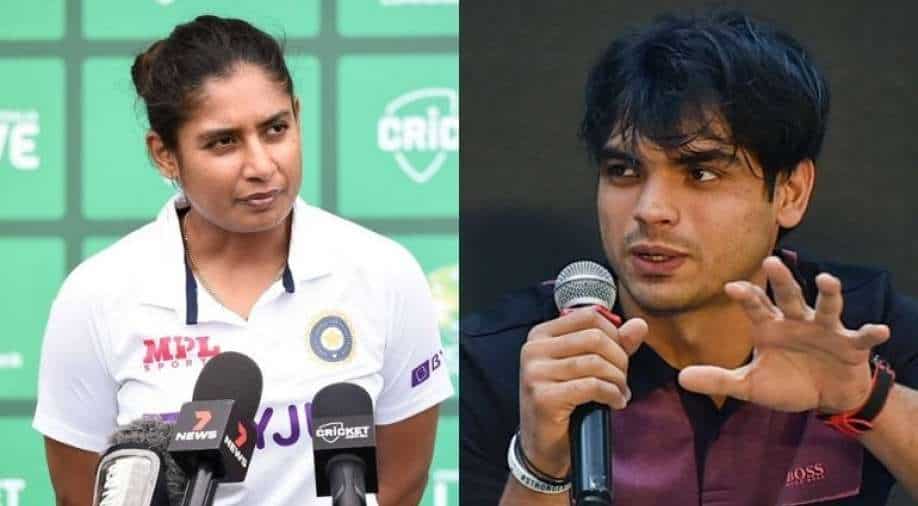 Neeraj Chopra won the gold medal in Tokyo Olympics for India whereas Mithali is the leading run-scorer in women's international cricket.

Apart from this, 35 players will be awarded the Arjuna Award. Among them are Yogesh Kathuniya, Nishad Kumar, Praveen Kumar, Suhas Yathiraj, Singhraj Adhana, Bhavina Patel, Harvinder Singh, and Sharad Kumar.

All men`s Hockey India team who has won the historic bronze medal in Tokyo 2020 Olympics has been awarded Arjun Award with the exceptions of PR Sreejesh and Manpreet Singh.

ALSO READ: We are in talks with IOC for 2036 Olympics, Motera best venue: IOA chief

Dronacharya Award has been awarded to Radhakrishna Nair, TP Ouseph, Sandeep Sangwan among others.