'My country is Australia': Bahraini footballer Hakeem al-Araibi thanks supporters 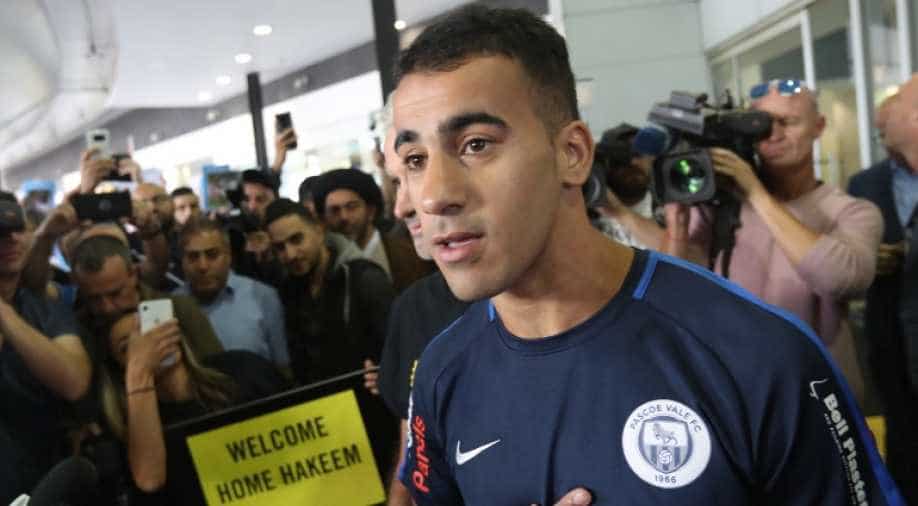 After the footballer disembarked in Melbourne airport from a Thai Airways flight, he thanked his supporters, who cheered: "Welcome home Hakeem!"

Hakeem al-Araibi, a Bahraini football player who was held in Thailand arrived in Melbourne, Australia after the Thai criminal court dropped the deportation case that would have extradited him back to his native land.

After the footballer disembarked in Melbourne airport from a Thai Airways flight, he thanked his supporters, who cheered, "Welcome home Hakeem!"

"I didn't get citizenship yet, but, my country is Australia ... I love Australia," he added.

Authorities in Bahrain accused Araibi of crimes committed during the Arab Spring protests of 2011, charges which he denied. He was released from prison in Bangkok after nearly 80 days in detention.

While Bahrain said it could still pursue further legal proceedings against the footballer.

"The Kingdom of Bahrain reaffirms its right to pursue all necessary legal actions against Mr. Al Araibi," the foreign ministry said in a statement, issued by the state-run news agency BNA.

Thailand had come under great pressure from Australia's government, sporting bodies and human rights groups to send Hakeem al-Araibi back to Australia, where he has refugee status and plays semi-professional football.