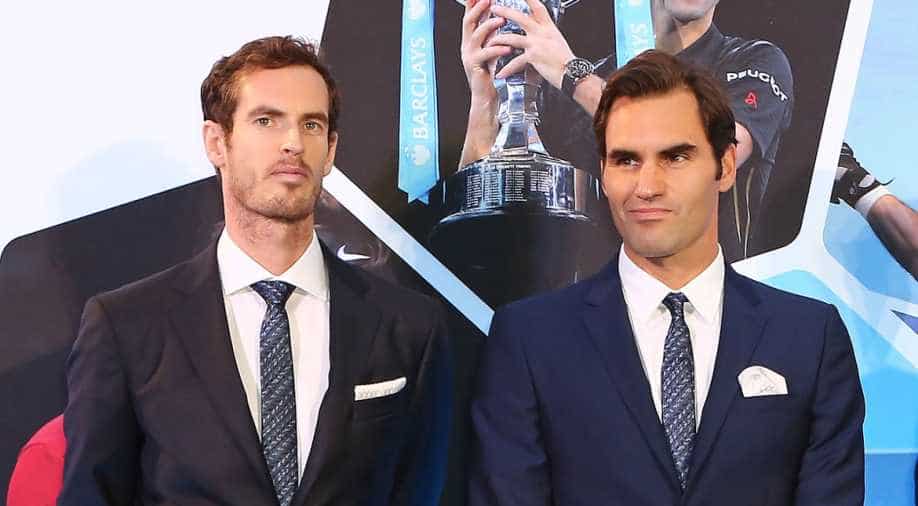 Follow Us
Andy Murray racked up his 50th Wimbledon match win while Roger Federer reached the quarter-finals for the 14th time on Monday as the pair edged closer to a dream title match.

Second seed Murray, the 2013 champion, eased to a 7-5, 6-1, 6-4 win over fiery Australian Nick Kyrgios and will face French 12th seed Jo-Wilfried Tsonga for a place in the semi-finals.

Kyrgios, the 15th seed who defeated Rafael Nadal at the tournament in 2014, did not force a break point on Murray's serve as he slipped to his fifth loss in five meetings against the world number two.

He did manage to save two match points in the ninth game of the third set but was powerless to prevent Murray taking victory with an eighth ace of the contest.

"The second set was obviously more comfortable. Nick lost his focus a bit in the middle part of that set."

Kyrgios condemned his own performance.

"The first set was OK but after that it was pathetic," said the 21-year-old in a typically surly post-match press conference.

Seven-time champion Federer, the third seed, will take on Croatia's Marin Cilic for a place in the semi-finals.

Cilic, the ninth seeded Croat, progressed to his third successive Wimbledon quarter-final when Japanese fifth seed Kei Nishikori pulled out of their last-16 clash with a rib injury.

Federer has a 5-1 record over Cilic but the big-server stunned the 17-time major champion in the US Open semi-finals in 2014 on his way to his maiden Grand Slam title.

"He blew me off the court in the US Open a few years ago and I hope to get him back," said Federer.

Johnson, playing in his first fourth round at a Slam, was comprehensively out-played in the first two sets.

He rallied to break the 34-year-old Federer in the fourth and sixth games of the third set but the former US college champion was reeled in on both occasions.

Federer has reached the last eight without dropping a set, easing to four successive wins on centre court.

"I would never have thought I would win the first four rounds in straight sets. I now need to play my best tennis," he added.

Nishikori pulled out against Cilic suffering from a rib injury at 6-1, 5-1 down.

The 26-year-old confirmed it was the same injury which forced him out of the Halle tournament in the run-up to Wimbledon.

"It got worse after the second round. I couldn't compete," said Nishikori.

Querrey on a roll

Querrey, the 28th seed, is the first American in the last-eight at Wimbledon since Mardy Fish in 2011, perfect timing on US Independence Day.

Querrey said he still hasn't come down from his stunning upset of world number one Djokovic.

"I'm not going to lie. After the Novak match, I watched every highlight I could over and over. Enjoyed the hell out of that moment," he said.

Querrey will next face Canadian sixth seed Milos Raonic, who came back from two sets down for the first time in his career to beat Belgium's David Goffin.

In an all-Czech match-up, world number 64 Jiri Vesely saved five match points against 10th seed and 2010 runner-up Tomas Berdych in their clash which was suspended for darkness in the fourth set.

Pouille, 22, had never won a match on grass before this year's Wimbledon.