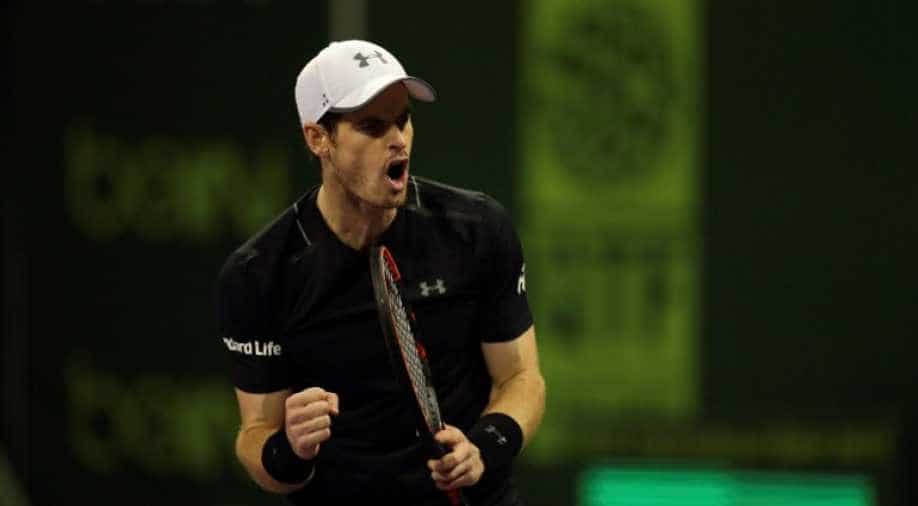 The Wimbledon warm-up tournament has proved to be Murray's most successful hunting ground Photograph:( Reuters )

Andy Murray has committed to compete in the Aegon Championships at The Queen’s Club for the rest of his career, officials said on Wednesday.

The Wimbledon warm-up tournament has proved to be Murray's most successful hunting ground, as he has hoisted the super-sized silver cup a record five times.

Last year his Queen's Club triumph sparked off a season to remember for the Scot, who won a second Wimbledon title and a second Olympic gold medal before finishing as world number one.

"I’ve always loved playing the event and I’m really happy to know that I will play at Queen’s for as long as my career lasts,” said the 29-year-old Murray.

“My first ATP World Tour match win came at Queen’s in 2005, so for it to become by far the most successful tournament of my career is a great feeling.

"Looking at the names that have won the tournament four times - some of the best players ever - winning it five times means a lot to me.”

The tournament is expanding its Centre Court capacity by 30 percent from June. More than 2,000 additional seats will be added to the current 6,942, taking capacity to more than 9,000.

“To know that Andy will play at The Queen’s Club for the rest of his career... is a huge boost in what is an exciting and important year for the Aegon Championships with our stadium capacity increasing by 30 percent," Aegon Championships tournament director Stephen Farrow said.

"This year, and for many years to come, Andy Murray will return as our greatest champion in front of more people than ever before. We couldn’t be happier.”

IPL 2020: Delhi Capitals' (DC) squad, schedule and players to watch out for!