'Monica and Prathyusha are 80% there': Mamatha Maben after duo was left out from squad 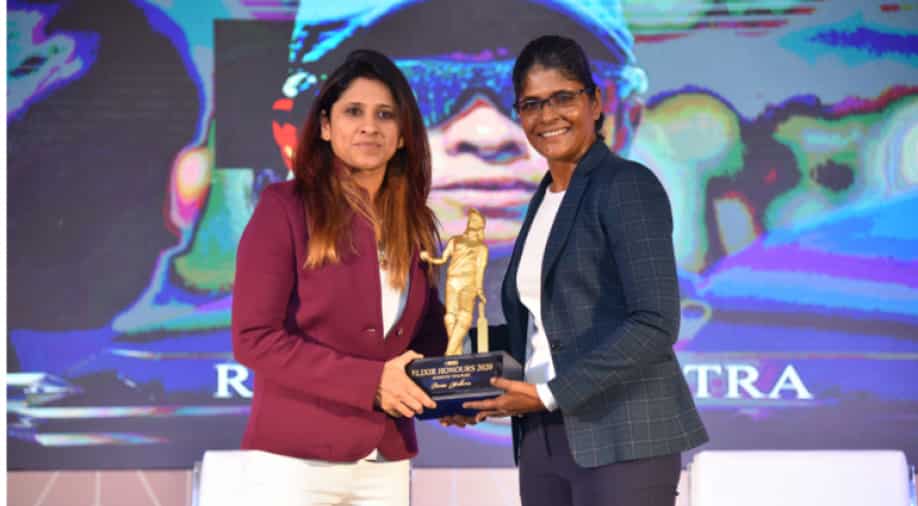 Head Coach Mamatha Maben trusts it is dependent upon the adolescents to get themselves after the failure and work towards bettering themselves. As per her, the young cricketers presently have the chance to overcome any issues that they may look at as far as playing at the most significant level.

Monica Patel and all-rounder C Prathyusha were avoided with regard to the India Women's squad for the visit through England. The duo got their call-ups to the national team side during the ODIs against South Africa, a series the team lost 4-1.

Head Coach Mamatha Maben trusts it is dependent upon the adolescents to get themselves after the failure and work towards bettering themselves. As per her, the young cricketers presently have the chance to overcome any issues that they may look at as far as playing at the most significant level.

Talking about what the declaration could mean for her proteges, Mamatha Maben said:

“It could have an impact. They’ve been there one series and now they find themselves out, definitely, it’ll have an impact. But if they’re wise enough, they’ll probably realize that there is maybe a 20 per cent room for improvement for them at that level” - she said

“There are a lot of positives from this and I’ll want them to look at those aspects and say ‘yeah we went there and we got to learn a lot and we got to work under the best of the trainers, the best of the coaches, the best of the physios’. Definitely, their vision would have broadened and they’d have got an idea of what is required to sustain themselves there. That is what I’d like both of them to take and grow” - she added.

Both Patel and Prathyusha would presumably be supported by the certainty that their coach is deciding to show in them at a dubious stage in their vocation. Mamatha Maben thinks the pair are '80 per cent there'.

All things considered, the CAC would, in the entirety of their insight, would have suggested the correct contender for the work.

“I would say it was an opportunity that came their way and they took and there was a lot of learning experience for them there that I think they’ll feel there’s a 20% gap or lag, but they’re 80% there. And if they’re forthright with themselves, they will make good that 20 per cent in the next year or so, and they should be ready. Because they have performed. It’s not like they have not performed at all” – she said.

“Eventually, we’d like to have somebody for 4-5 years if you want to see real growth. Unfortunately, it’s not happened because there are some issues that are eventually coming out in the open. Most of them are man-management issues I feel. Eventually, if you have somebody for 3-4 years, only then that stability will come”- she added.

Mamatha Maben proposed, in any case, that a little soundness would go far in assisting the squad with accomplishing development. As indicated by her, it is significant for the group to work with a similar mentor for an all-encompassing timeframe in the event that they are to have the option to perform at their best.