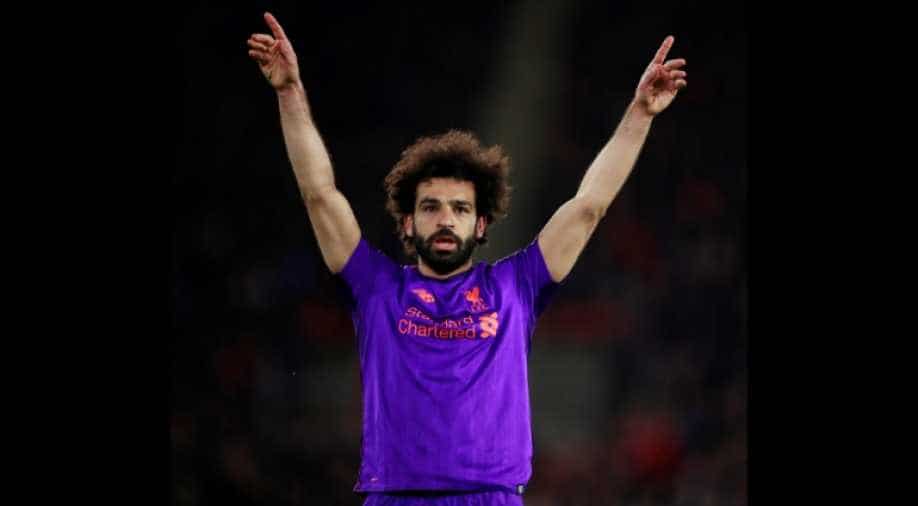 Liverpool fought back from a goal down to beat hosts Southampton 3-1, a result that lifted Klopp's side above title rivals Manchester City at the top of the standings.

It was Salah's 50th goal for the club. Klopp said, "It was goal number 50, what I heard, for Liverpool. So that's, yeah, that's an incredible number."

"Maybe you have better moments and a little lesser good moments. But he is pretty consistent. So he's very consistent in his... physical things are always there, but it's normal. You have to adapt to the situation.

"He's stayed always calm, and to deal with the situation. It's only (outside the club) that it's a big thing. We don't really care about it, but it's a nice moment."

Shane Long put the home side ahead nine minutes into the game, but Naby Keita levelled the score before half-time with his first goal for Liverpool since joining last summer.

Mohamed Salah then put the 'Reds' ahead in the 80th minute with his 50th goal for the club and substitute Jordan Henderson sealed victory in the closing stages.

Liverpool now sit two points clear of Manchester City and will remain top for at least another week as Pep Guardiola's side take on Brighton and Hove Albion in the semi-finals of the FA Cup this weekend.