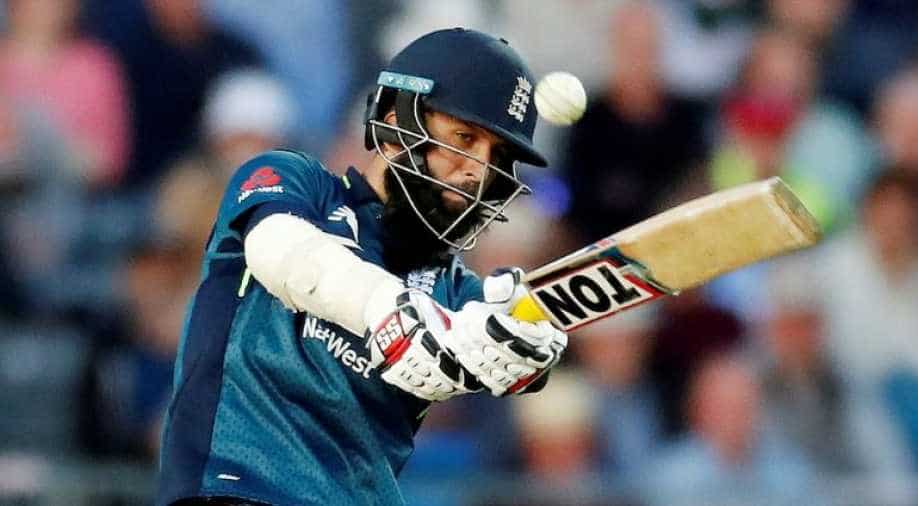 Former England left-arm spinner Phil Tufnell on Wednesday labelled all-rounder Moeen Ali as 'truly fantastic' and said that the player gives the team fantastic depth and cited him as the key player in the upcoming Cricket World Cup.

"Moeen Ali is a truly fantastic all-rounder. Coming in later in the order, he would be as able as anyone to get a run-a-ball century, just as much as any of the lads at the top of the order," International Cricket Council (ICC) quoted Tufnell as saying.

"He gives us fantastic depth and bowls his off-spin very, very nicely. I see him as a lot more than a part-time bowler, he has got rid of that tag now. Ali is a genuine off-spin bowler for England now, and bowls it really well, so he is going to have a big role to play in those middle overs," he added.

Tufnell played 42 Test matches for England and took 121 wickets in them.

He believes that England has a very good chance of lifting the World Cup trophy this year.

He even said that the tag of 'favourites' will have no effect on Eoin Morgan-led side.

"People have been talking about the pressure of playing at home, but I see it as a good thing. The guys will feel at home with the conditions and pitches, having played at all these grounds before. And this time, they will be cheered on by that home crowd," Tufnell said.

"The best players in the world are here, and there is going to be some truly fantastic cricket. I think we are going to win it, but of course, I am going to say that," he added.

England was able to win their last warm-up fixture against Afghanistan by nine 9 wickets on Monday ahead of the upcoming World Cup.

However, the team had initially lost their opening warm-up match against Australia by 12 runs on May 25.

The 50-over World Cup will take place in England and Wales from May 30 to July 14.

England will take on South Africa in the opening match of the tournament on May 30.