Mirabai Chanu celebrates birthday with Manipur CM: 'May you continue to bring laurels to the country' - watch 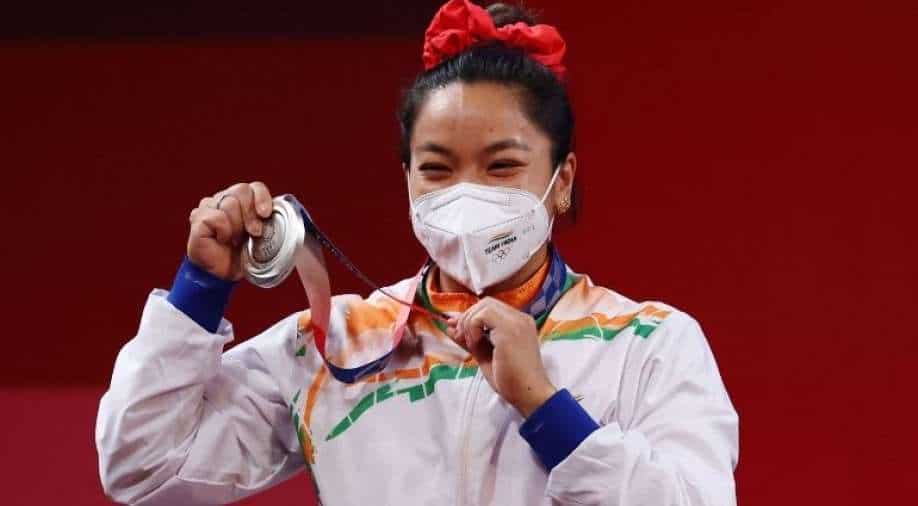 India's star weightlifter Mirabai Chanu, who won a silver medal at the Tokyo Olympics, turned 27 on August 8. She celebrated her special day with Manipur Chief Minister N Biren Singh at his official residence. Silver medal at Tokyo Games was a historic feat for Chanu as her win came two decades after Karnam Malleswari became the first Indian woman to win an Olympic medal (Bronze) while competing at the 2000 Sydney Games in the women's 69kg weight category.

Mirabai was spotted cutting cake and CM Biren Singh was there with some other officials. The Chief Minister posted the video on his official Twitter account, with a caption, "Wishing you a very happy birthday Mirabai. May you continue to bring laurels to the country."

The silver medalist re-tweeted the post and wrote, "Thank you Hon'ble CM @NBirenSingh sir for making my birthday so special." Former sports minister Kiren Rijiju also wished her. He wrote, "A warm birthday greetings to the first Olympic medalist for India at the #Tokyo2020@mirabai_chanu This Birthday is very special for all of us. Best wishes for future journey!"

Thank you Hon'ble CM @NBirenSingh sir for making my birthday so special. https://t.co/VLCEZH7uBM

Thank you so much @KirenRijiju sir for the birthday wishes. https://t.co/yCS3C3YJz9

After winning a silver medal at the Tokyo Olympics, Indian weightlifter Mirabai Chanu had expressed her desire to meet the truck drivers who used to give her a lift during training days. Looks like, she got the opportunity to finally get in touch with them as she was recently spotted thanking and rewarding them for their help. The 26-year-old made the entire nation proud after she won a medal in Weightlifting Women's 49kg category at Tokyo Games.

It's been known that Chanu's home was more than 25kms away from the sports complex in Imphal where she used to train. There were limited means of transport. During those days, some truck drivers used to give a lift to the Manipuri weightlifter every day. Now, the Olympic medalist has rewarded those truck drivers.

Thank you @sonmonib5 sir. I will continue to support our people who have contributed in my journey at any level. https://t.co/s3v2XmRdYI