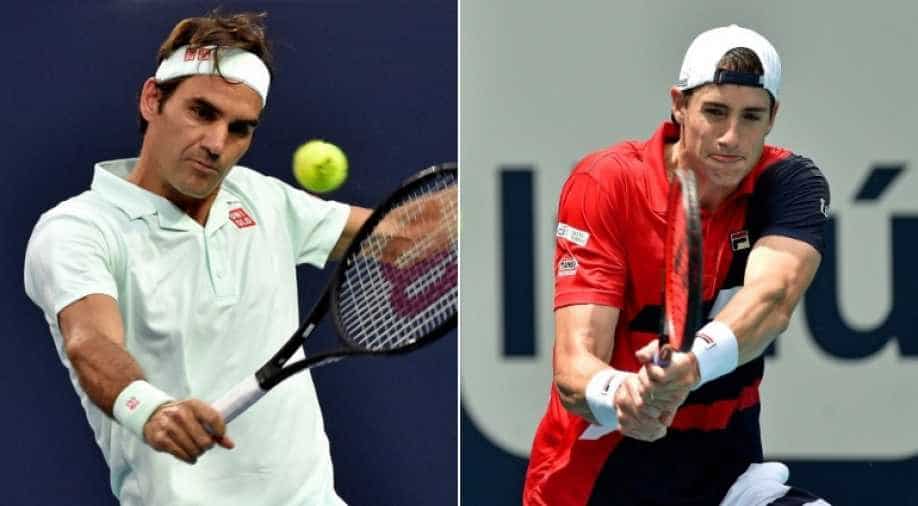 Roger Federer cruised into his fifth Miami Open final with an impressive 6-2, 6-4 victory against Canadian teenager Denis Shapovalov on Friday.

Federer was dominant in service and broke the 19-year-old three times to set up a final with American John Isner, who beat 18-year-old Canadian Felix Auger-Aliassime 7-6(3), 7-6(4).

Federer broke again in the third game of the second set and served his way into the final against defending champion Isner, who is yet to drop a set in the tournament this year.

Isner, however, had to battle back in both sets against the 18-year-old Canadian, who led 5-3 in each set but was unable to seal the win.

"For sure (it was) nerves," said Auger-Aliassime, the youngest men's semi-finalist in the tournament's 35-year history. "It's like I caught a virus or something. I don't know. I couldn't put a second serve anymore.

"Even the first serve, if you put it in, you don't have to hit the second serve. That's just very tough to swallow."

Auger-Aliassime had appeared unbothered by being on the big stage against the crowd favourite playing attacking, aggressive tennis that rewarded him with the early break in each set.

Yet serving for the set, the 18-year-old's inexperience and nerves were exposed when he produced three of his seven double faults and opened the door for the 33-year-old American who went on to take the first tiebreak 7-3.

Auger-Aliassime regrouped and was on the attack again in the second, grabbing the early break to nose in front 4-2.

Again serving for the set at 5-3, he let Isner back in the contest as the American got back on serve with the help of yet another Auger-Aliassime double fault.

While Auger-Aliassime was misfiring, Isner's serve was booming, as he blasted 21 aces past his opponent.

"I think it (experience) may have helped a little bit," said Isner.