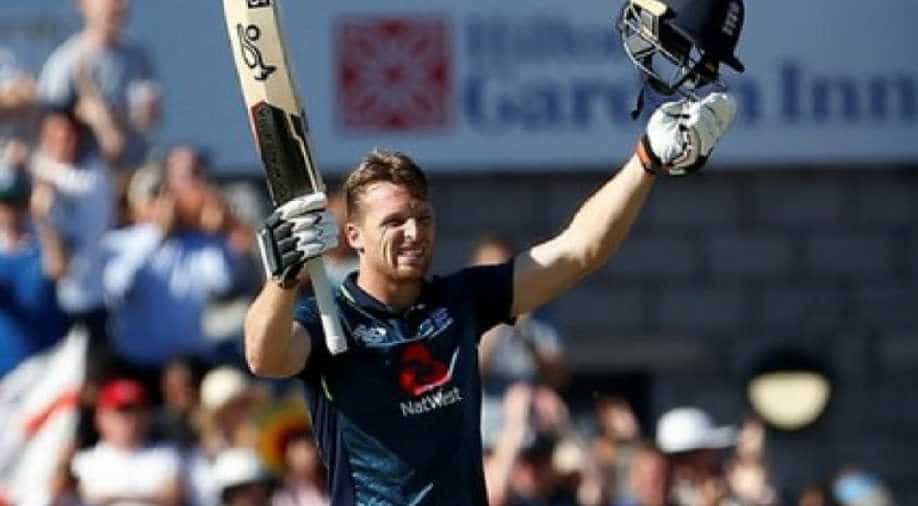 Jos Buttler is an exceptional talent and his blistering knocks are nearly demoralising England's top order batsmen who score at a more conventional run-a-ball rate, teammate Jason Roy has said.

Buttler blasted a 50-ball century, his eighth in one-dayer, in Saturday's second ODI against Pakistan, prompting former England captain Nasser Hussain to rank the 28-year-old among the all-time greats in this format.

"He's as good as it gets to be honest," Roy told Sky Sports.

"It's not a shock, in fact, it's getting a bit kind of routine for him to come out and play those sort of innings. He's almost demoralising the guys at the top of the order that are going at a run a ball and he comes in and just blitzes it", Roy said.

Buttler made 110 not out at two-runs-a-ball rate and England will expect their middle order lynchpin to keep firing as they chase their maiden 50-overs World Cup title.

"He's an extreme talent and works hard for it and deserves everything he gets," said Roy, who scored 87 against Pakistan on his return from injury.

"I'm 100 per cent fit. I spent six or seven weeks with my hamstring injury, fixing my torn hamstring. Then my back was quite a big issue but it was resolved by the great medical staff we have here", Roy added.