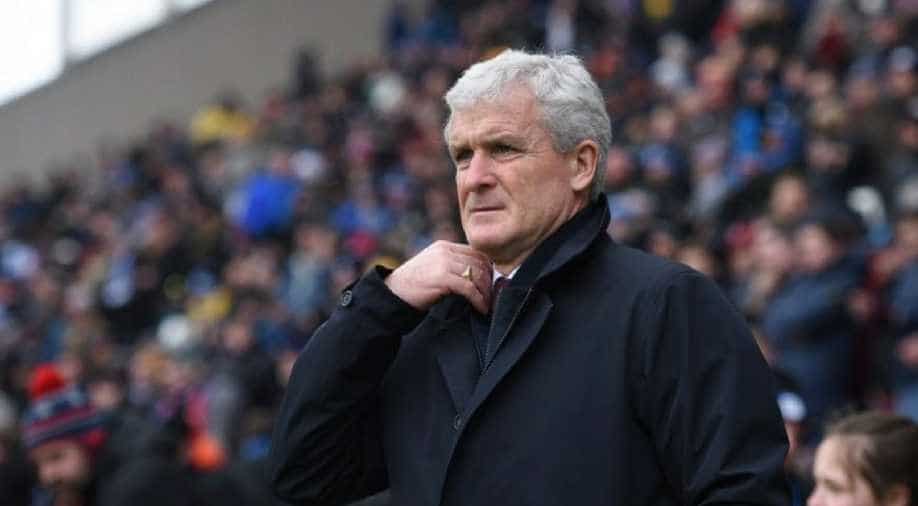 Mark Hughes enjoyed the ideal start to his Southampton reign as the struggling Premier League club reached the FA Cup semi-finals with a 2-0 win at Wigan on Sunday.

Hughes was hired as Southampton manager this week to replace the sacked Mauricio Pellegrino and the former Saints striker had an immediate impact on his new team.

Hughes' main goal is to help Southampton preserve their top-flight status and they dropped into the relegation zone on Saturday as Crystal Palace won in the league while the Saints were preparing for their quarter-final.

Nevertheless, a trip to Wembley in the semi-finals could provide a welcome tonic as the new manager tries to make his presence felt.

It was essential Southampton avoided following in the footsteps of Manchester City, West Ham and Bournemouth -- top-flight sides who had all perished against third-tier giant-killers Wigan in the FA Cup this season.

They achieved that aim thanks to second-half goals from Pierre Emile Hojbjerg and Cedric Soares.

Southampton joined Tottenham and Manchester United in the semi-finals, with Leicester and Chelsea meeting in the last quarter-final later on Sunday.

It will be Saints' first appearance in the last four in 15 years.

"It was an important day for the players today. I have been really impressed with the quality of the talent I have," said Hughes, who was sacked by Stoke earlier this season.

"They have lost a bit of confidence recently but they are good players.

"We stood up to Wigan. It was a statement of intent and a start.

"We have work to do in the Premier League, but we will enjoy this moment."

After a scrappy first half, Southampton took the lead in the 62nd minute.

Manolo Gabbiadini had a chance to double Southampton's advantage in the 73rd minute when he got past Burn and the Wigan centre-back brought him down in the penalty area.

But Wigan goalkeeper Christian Walton plunged to his left and pushed Gabbiadini's powerful spot-kick around the post.

Wigan, FA Cup winners in 2013, applied plenty of pressure in the closing stages, but couldn't emulate their epic fifth round success against Premier League leaders City.

In the first minute of stoppage-time, Southampton right-back Soares surged into the area before side-footing past Walton.