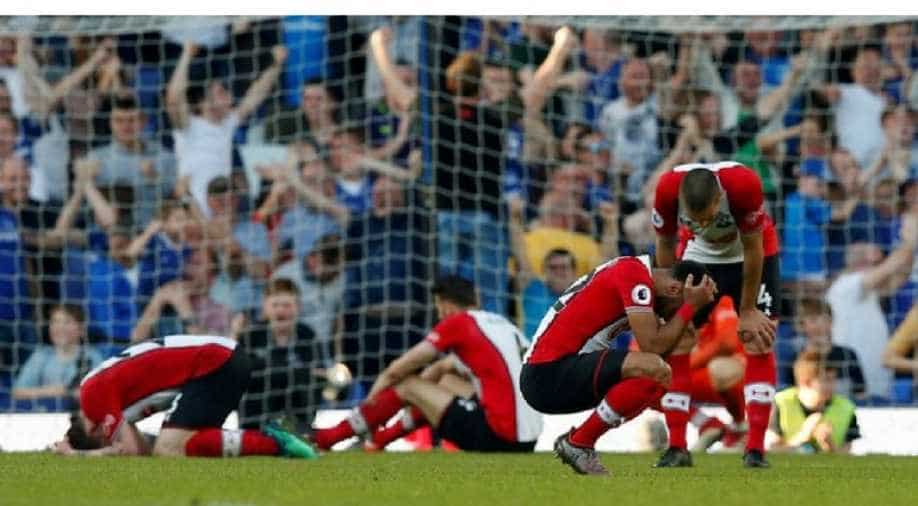 The Saints had drifted out to 3/1 with bookmaker William Hill when they seemed to be moving above four other teams at the bottom, as well as ensuring that West Bromwich Albion went down with Stoke City.

Now they face a crucial game on Tuesday away to Swansea City, who are only below them on goal difference, and the odds are just 7/4.

Hughes's team are two points behind Huddersfield Town, who have an away game against champions Manchester City on Sunday, and five points behind West Ham United, who should be safe after winning at Leicester City.

Hughes said that the draw Everton achieved with a goal in the fifth minute of added time felt like a defeat.

"We clearly haven't got what we deserved today," he told.

"I'm really upset with the officials. The referee has made a decision to give the free-kick in the corner. He allows it to be taken from a false position, then we're on the back foot, and we're down to 10 men too because of a decision he made.

"We have got something out of the game though and we are out of the bottom three. We have a massive game coming up against Swansea and that will probably determine who stays up and who goes down."