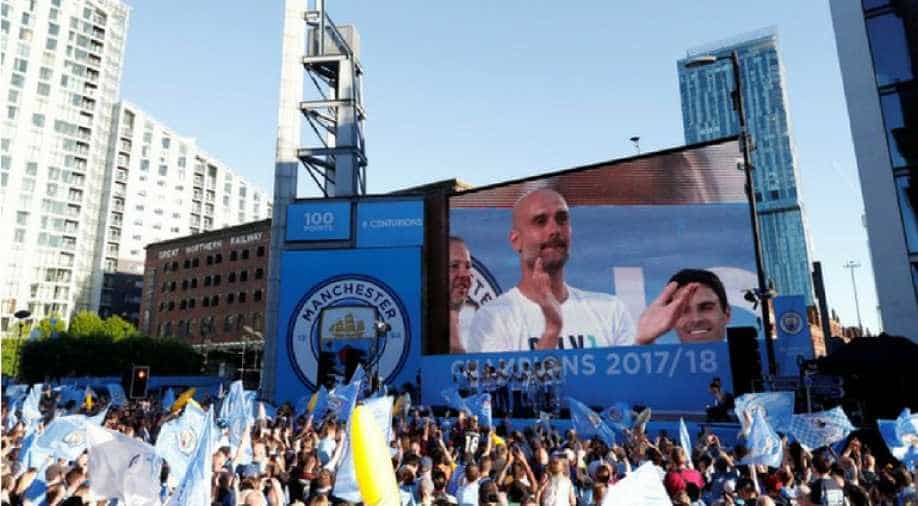 Manchester City's Pep Guardiola was named Manager of the Year at a League Managers Association awards ceremony on Tuesday after leading his side to the Premier League title and a host of records.

The Spaniard, 47, whose team finished 19 points ahead of second-placed Manchester United, also won the League Cup in February, beating Arsenal 3-0 at Wembley. City became the first top-flight club to gain 100 points and broke records for goals scored in a Premier League season (106), consecutive wins, most victories (32) and the best goal difference (+79).