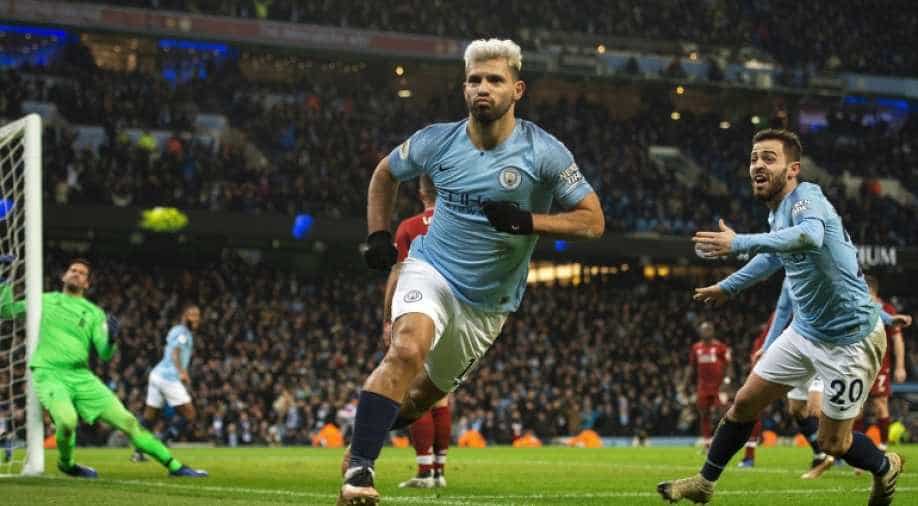 For Liverpool, it was not only the first loss of the Premier League season but it was also their first time conceding more than one goal.

The 11-centimetre portion of the ball that Manchester City defender John Stones kept from crossing the goal line on a Liverpool chance in the first half turned out to be decisive here Thursday as the Premier League defending champions defeated the current leaders 2-1.

The match at Manchester's Etihad Stadium had the atmosphere and intensity of a final.

For Liverpool, it was not only the first loss of the Premier League season but it was also their first time conceding more than one goal.

City, meanwhile, delivered a brilliant performance after losing three of their last five Premier League matches and dropping to third place behind Liverpool and Tottenham Hotspur.

The result lifts City to second place with 50 points, 4 behind the Reds and 2 ahead of Spurs.

The play that may have decided the contest came in the 18th minute, as Mo Salah found Sadio Mane in the area with a deft pass and the Senegal international went for goal.

Mane's strike bounced off the post, but Stones' attempt to clear collided with goalkeeper Ederson and the ball bounced back toward the goal as Salah was closing in.

Stones somehow managed to get his foot to the ball before it completely crossed the line. The goal-line technology system found that all but 11cm of the ball made it over the line.

Five minutes before the break, Sergio Agüero scored from a seemingly impossible angle to give City a 1-0 lead and set off pandemonium at the Etihad.

Roberto Firmino brought the visitors level in the 64th minute, heading in unmarked from the far post on a cross from Andrew Robertson.

A re-energized Liverpool looked set to take command until the 72nd minute when a City counter led to a beautiful goal by Leroy Sane to put the hosts ahead to stay.