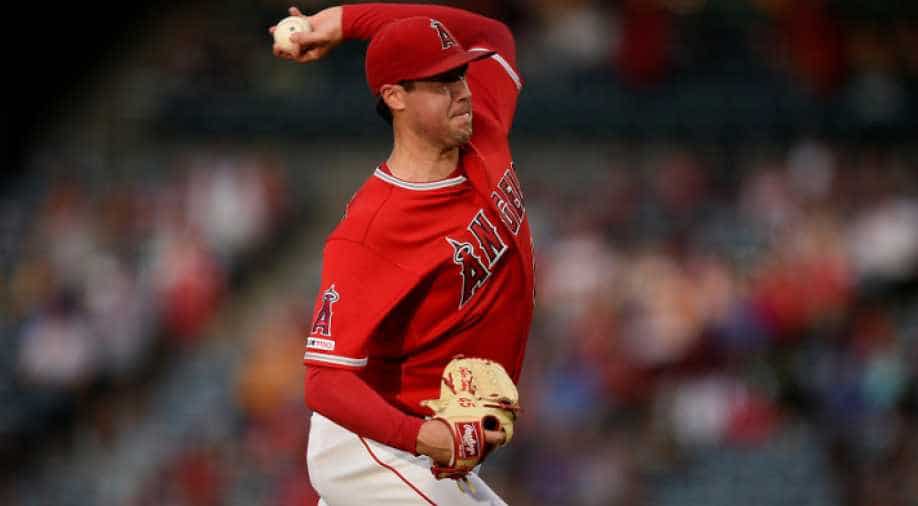 The 27-year-old left-hander from Los Angeles was found dead in a Texas hotel room. No cause of death was immediately known.

Los Angeles Angels pitcher Tyler Skaggs has died before a scheduled Monday game against the Texas Rangers that has been postponed, the Major League Baseball clubs announced.

The 27-year-old left-hander from Los Angeles was found dead in a Texas hotel room. No cause of death was immediately known.

Police are investigating after discovering Skaggs' body with no sign of foul play.

"It is with great sorrow that we report Tyler Skaggs passed away earlier today in Texas," the Angels said in a statement.

"Tyler has, and always will be, an important part of Angel's family. Our thoughts and prayers are with his wife Carli and his entire family during this devastating time."

Skaggs, who would have turned 28 on July 13, last pitched on Saturday in Anaheim. He started and allowed two runs over 4 1/3 innings against Oakland and in 15 starts this season was 7-7 with a 4.29 earned-run average and 78 strikeouts in 79 2/3 innings.

"We will support the Angels organization through this most difficult period and we will make a variety of resources available to Tyler's teammates and other members of the baseball family."

The Rangers expressed "deepest sympathies" for the "shocking loss" in announcing the postponement of the schedule series opener between the clubs at Arlington, Texas.

Skaggs, who was scheduled to pitch in Thursday's final game of the series with Texas, had a 28-38 career record with a 4.41 earned-run average and 476 strikeouts over parts of major league seven seasons with the Angels and Arizona Diamondbacks.

His death comes 10 years after Angels pitcher Nick Adenhart was killed in a car crash.