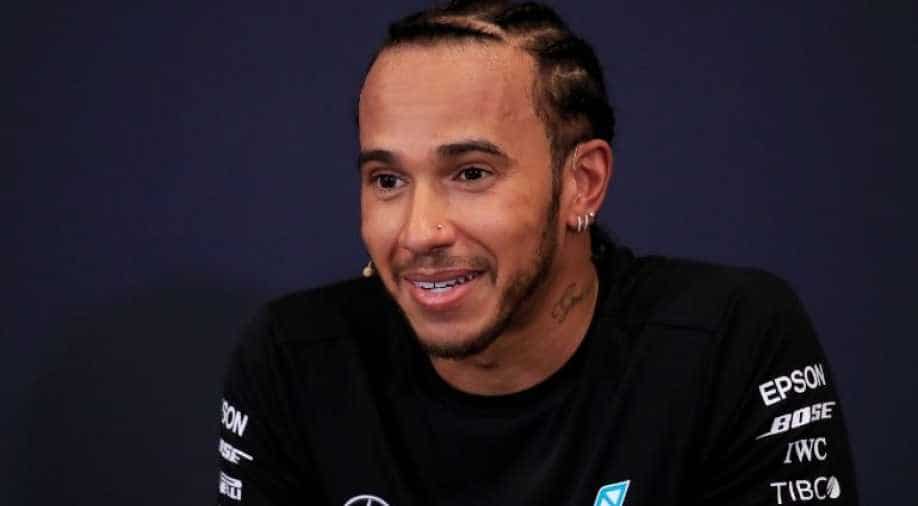 Lewis Hamilton won the Canadian Grand Prix for Mercedes in controversial fashion on Sunday after Ferrari's Sebastian Vettel crossed the finish line first but was given a five-second penalty.

Vettel, who started from pole, took the chequered flag ahead of Hamilton but there was no celebration in the Ferrari garage as the furious German was demoted to second after being slapped with the penalty for a dangerous re-entry after running off the track.

Under pressure from Hamilton, Vettel threw away the race on lap 48 when he went too hard into the turn-three chicane and ran on to the grass, returning to the circuit just ahead of the Briton who was forced to brake sharply or face being pushed into the wall.

The race continued with the incident under investigation and a few laps later when Vettel was told of the decision the four-time world champion exploded, venting his anger over the team radio.

"No, no, no, no, no, no," continued Vettel. "Seriously, you need to be an absolute blind man to let him pass and not control your car -- where am I supposed to go?

"This is a wrong world, this is not fair."

At the same time, Mercedes were telling Hamilton to just "stay in Vettel's gearbox" and take a gifted victory.

"Not the way I wanted to win," said Hamilton, after collecting his fifth win of the season and equalling Michael Schumacher's Canadian record of seven victories on the island circuit.

The victory, sweet or not, boosted Hamilton's lead at the top of the drivers' standings to 162 points, 29 clear of teammate Valtteri Bottas and 62 ahead of Vettel.

Mercedes also padded out their advantage in the constructors' standings to 295 with Ferrari on 172.

With the exception of Mercedes, few in the huge crowd seemed happy with the outcome, loudly booing Hamilton during the winners' ceremony which seemed to catch the Briton off-guard.

"All I can say is I didn't make the decision firstly so I don't know who they are booing at, maybe the decision," said Hamilton, who tried to have Vettel join him on the top step of the podium.

The decision to penalise Vettel allowed Mercedes to extend their season-long domination, making it seven wins in seven races, including five in one-two formation.

Bottas finished fourth and unhappy Ferrari took the other two places on the podium, Vettel in second and Charles Leclerc third.

Red Bull's Max Verstappen, who had a disappointing qualifying and started 11th, worked his way up to a fifth-place result while Renault enjoy their best race of the season with Daniel Ricciardo taking sixth and Nico Hulkenberg seventh.

Lance Stroll also put on a bit of show for the home fans, the Canadian coming home ninth to match his best result of the season for Racing Point.

Vettel made it clear later that he was not directing his anger at Hamilton but reserved all his venom for the stewards.

More trouble could be heading the German's way with fines and penalties for missing the post-race weigh-in and parc ferme.

While the race ended with the result Mercedes wanted it was nonetheless a fraught weekend for the Silver Arrows with Hamilton crashing in second practice on Friday and emergency repairs on Sunday hours and even minutes before the race.

In a late scramble the team were forced to take apart the car and rebuild it after discovering a hydraulic leak, finishing repairs about eight minutes before the pit lane opened.

If that was not enough, there was an issue just before Hamilton was about to step into the cockpit with the team quickly bleeding the brakes on his Mercedes because they were too soft.