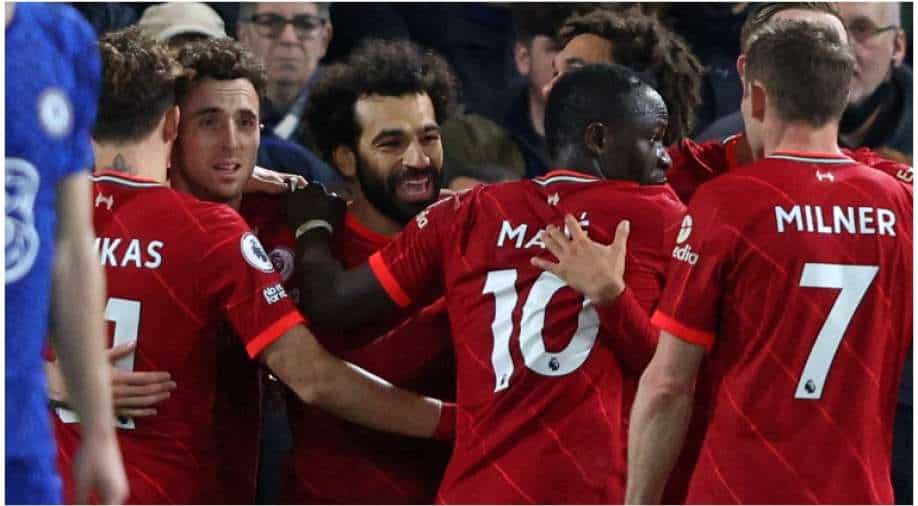 The first of the two semi-finals will now take place at Anfield on January 13 whereas the second and final leg has been scheduled on January 20 at the Emirates.

Just when one thought the Covid-19 infection had taken a backseat, the cases have once again been on the rise globally especially due to the advent of the Omicron variant. The Covid-19 crisis is being felt once again in the sporting arena as the Arsenal-Liverpool League Cup semi-final's first leg got postponed due to the surge of Covid cases in the latter's camp.

The development was shared by the English Football League (EFL) that Thursday's encounter (January 6) has been postponed. The first of the two semi-finals will now take place at Anfield on January 13 whereas the second and final leg has been scheduled on January 20 at the Emirates.

Our Carabao Cup semi-final, first-leg fixture with Arsenal on Thursday has been postponed.

We would like to place on record our thanks to the EFL and Arsenal for their understanding, as well as supporters of both clubs, as we continue to navigate through this challenging period.

For the unversed, Liverpool had requested the first leg be called off following the Covid-19 crisis hitting their camp severely. The likes of Liverpool players Alisson Becker, Roberto Firmino and Joel Matip had tested positive on Sunday (January 2), whereas manager Juergen Klopp returned with the same report during the course of the weekend.

"The first leg of the Carabao (League) Cup semi-final between Arsenal and Liverpool scheduled for Thursday 6 January 2022 has been postponed following a formal request by Liverpool due to a severe outbreak of COVID infections amongst their management and playing staff," the EFL said in a statement.

"The EFL has been in regular dialogue with the club over the past 48 hours in an attempt to understand whether the tie could proceed but significant developments over this period have resulted in the Club reporting an ever-increasing number of COVID cases."