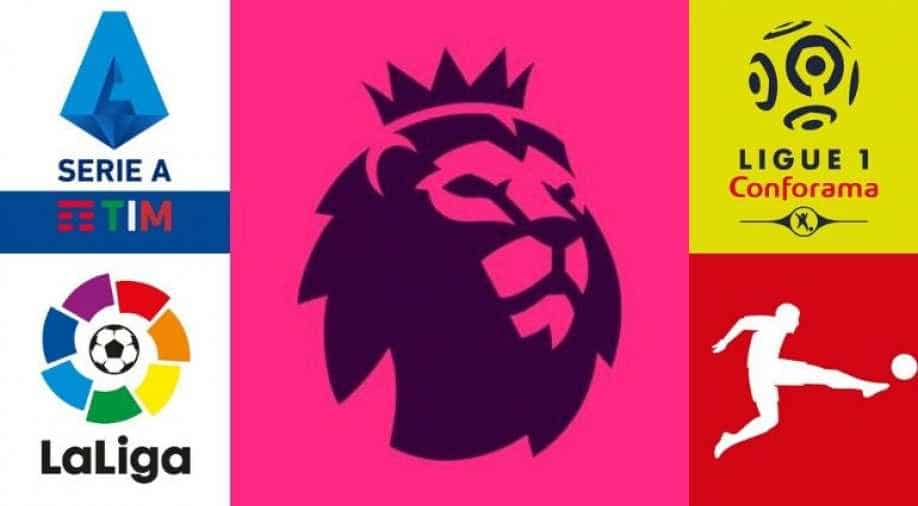 Germany's Bundesliga will be the first major football league in Europe to return to action next week after being suspended in March as the coronavirus spread across the continent. The pandemic has claimed almost 150,000 lives in Europe but some countries are cautiously beginning to ease stay-at-home orders

Germany's Bundesliga will be the first major football league in Europe to return to action next week after being suspended in March as the coronavirus spread across the continent.

The pandemic has claimed almost 150,000 lives in Europe but some countries are cautiously beginning to ease stay-at-home orders.

AFP Sport looks at the state of play in Europe's top leagues:

The German league on Wednesday announced that the Bundesliga will restart on May 15.

Chancellor Angela Merkel and state leaders earlier gave the Bundesliga the green light to restart behind closed doors under a plan that includes regular testing of players.

Permission was granted on condition that strict guidelines are followed -- with a hygiene officer appointed to each team -- to prevent contagion of the virus.

So far, clubs in the top two divisions have returned 10 positive results for coronavirus from 1,724 tests since training resumed. Three of the cases were from Cologne and two from Borussia Moenchengladbach.

Premier League clubs reaffirmed their commitment last week to finish the season subject to restrictions being lifted in Britain, although players including Manchester City's Sergio Aguero have expressed reservations about the plan.

The English top flight faces an estimated loss of around £1 billion ($1.25 billion) if the season cannot be completed. Plans to stage the 92 remaining games behind closed doors, reportedly at up to 10 neutral venues, would mitigate the financial damage.

Prime Minister Boris Johnson is expected to outline details of how Britain will exit lockdown on Sunday before the next Premier League meeting to discuss the restart plan takes place a day later.

Premier League chiefs have targeted a return to action in June and several clubs have reopened their training grounds for players to use on an individual basis.

A large supply of privately sourced tests would be needed for players, coaches and backroom staff.

However, relegation-threatened clubs are reported to be against the neutral venue plan, with some said to be willing to vote against the Premier League's "Project Restart".

La Liga players have started returning to their clubs to undergo coronavirus tests as teams plan to return to restricted training ahead of the proposed resumption of the season next month.

The first of a four-phase de-escalation programme announced by the Spanish government last week will allow players to initially train alone, with a maximum of six players permitted on the pitch.

La Liga's programme will then permit training in small groups before a return to larger team sessions.

In the fourth and final phase, in early June, the government has said outside events can go ahead when attended by fewer than 400 people.

La Liga is proposing to complete its season behind closed doors, with games re-starting in mid-June.

League president Javier Tebas has said "it is not an option" to cancel the season given the economic fallout, estimating it would cost clubs around a billion euros.

Players at a number of Italian clubs, including defending champions Juventus, are back training individually after receiving the green light from the country's interior ministry.

Despite players being allowed to return to club facilities two weeks ahead of schedule and undergoing health checks, sports minister Vincenzo Spadafora warned training in groups must wait until May 18.

Cristiano Ronaldo will have to observe a 14-day quarantine period after returning to Italy following two months of confinement in Portugal.

It remains uncertain whether matches can restart, with Spadafora saying "it is impossible to set a certain date".

Officially, all 20 Serie A teams have unanimously backed a return to competition, despite reservations from clubs such as Brescia and Torino, in the north of Italy, which was particularly hard-hit by the pandemic.

A meeting is scheduled Thursday between the Italian Football Federation and members of the government's Technical Scientific Committee to discuss the medical protocol for the resumption of group training.

"There is no ambiguity about this declaration. We needed to make a final decision about this season. We acknowledge that the 2019-20 season is over," said LFP president Nathalie Boy de la Tour.

The LFP arranged a final table on the basis of average points per game. Ten rounds of matches remained when the campaign was halted.

Toulouse and Amiens, the bottom two, were condemned to relegation, with Lorient, as champions, and Lens coming up from Ligue 2. The usual promotion and relegation play-offs, meanwhile, have been ditched.