Latin American football seen as rife with violence against women 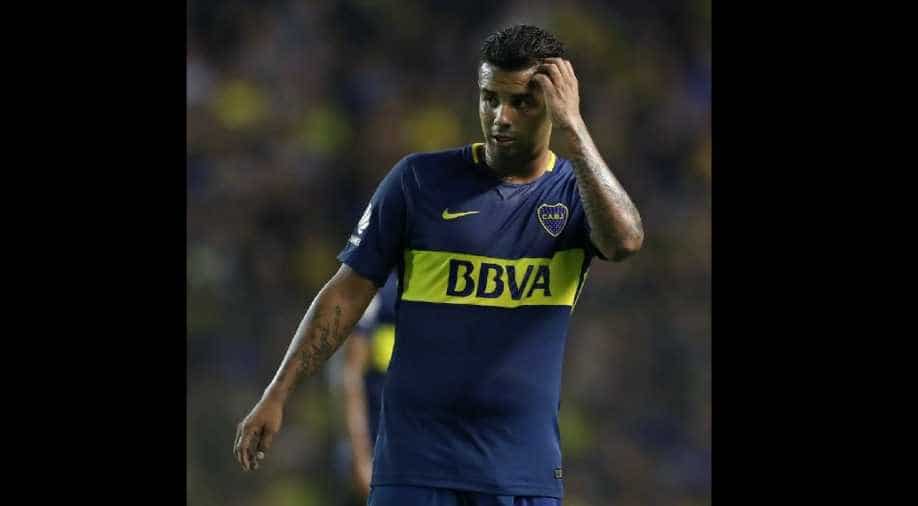 Edwin Cardona (above) along with Wilmar Barrios who play for Boca Juniors are accused of assaulting and threatening two women. Photograph:( Others )

The world of Latin American football is often criticized as one in which violence against women is tolerated, and now there is a new case to further soil its reputation.

However, they are not the first men to face such controversy.

The region has already been rocked by cases such as that of Brazilian international Robinho who was convicted last year in Italy of taking part in a gang rape.

The former coach of the Colombian national team, Hernan Dario Gomez, had to resign after hitting a woman as he left a bar in Bogota in 2011.

There have been other cases in Brazil, Ecuador, Peru, Guatemala and elsewhere.

In Latin American football women "are seen as things, or prey, but not as partners," said sports psychologist Oscar Mangione, who used to be on the staff of Boca Juniors.

In the new case, the women accuse Cardona and Barrios of putting them in situations of "physical and verbal violence."

These include an alleged ordeal in an elevator in which one of the players was wielding a knife, said Juan Cerolini, the plaintiffs' lawyer.

The players were initially suspended but they were back playing last weekend, just days after their trial started and with no verdict yet returned.

The complaint seems to have been almost forgotten at their stadium, called La Bombonera.

"If what they did is wrong, they had better pay. But there is always something shady going on. I want Boca to win. What can I say?" said one female fan, aged in her 20s, who gave her name only as Luciana as she headed to the game in which the players returned to action.

"What matters above all is the issue of usefulness in terms of the value of winning or the economic investment the team has made in a player," said Mangione.

"There is no institutional policy. A kid joins the world of football at age 12 and might retire in his 30s. And in all that time he is only trained to be a football player. And this is an important span of time to train him as a man in every sense of the word," he added.

At the same time players, "like it or not, are role models. And their behaviour enables a certain kind of behaviour which is not good," Mangione added.

In Argentina, a woman is killed every 29 hours, according to the Observatory for Violence against Women, which recorded 298 such killings last year.

That stands in sharp contrast to legislation in which "Argentina is a pioneer" in laws to protect women, said Ada Rico, head of an NGO called Casa del Encuentro.

"You can have as many laws and measures as you want. But we are not going to get anywhere without a cultural change," she added.

Analia Fernandez, a journalist and amateur football player, said what is most common is to "treat the player as the victim and not take the word of the accuser."

Right now, men's football "is a place that legitimizes violence against women," she told AFP.

"Our task is to begin to transform that kind of football. Here out on the field we women are changing things," Fernandez said from the pitch of her team in Buenos Aires.