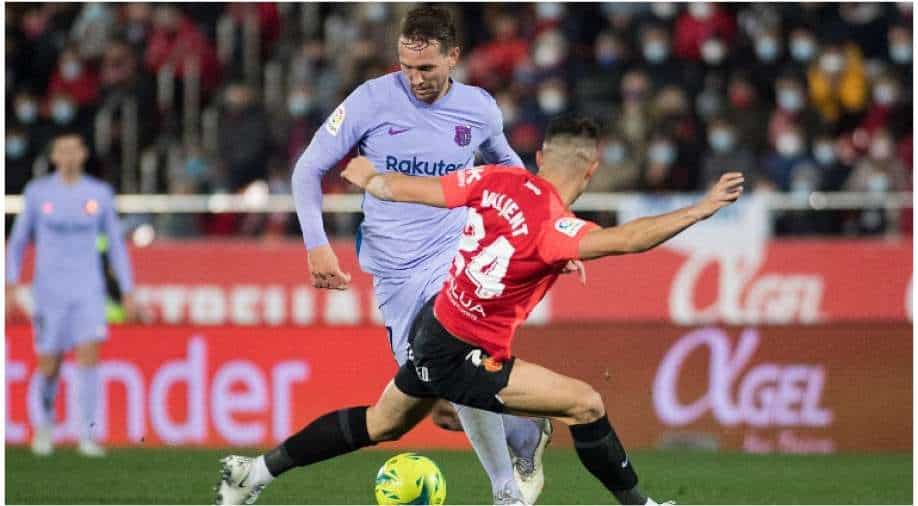 Madrid's surprise defeat was their first in three months and gives fresh hope to the beleaguered chasing pack in Spain, after Eder Militao's early error allowed Enes Unal to score the winner at the Coliseum Alfonso Perez.

An early goal from Turkish striker Enes Unal shocked LaLiga leaders Real Madrid as they lost 1-0 at Getafe on Sunday and ended an unbeaten run that had lasted 15 matches in all competitions. With 46 points from 20 games, Real Madrid are still top but are not as comfortable as before. Sevilla are second with 38 points and two games in hand, and will visit second-from-bottom Cadiz on Monday.

Getafe, led by former Watford manager Quique Sanchez Flores, extended their unbeaten streak in LaLiga to six matches and are 16th in the standings, three points above the relegation zone. It was their first win over Real in a decade. Unal scored with a low, powerful strike in the ninth minute after pressuring Real defender Eder Militao into giving up the ball inside the box.

“Let’s be honest, we lost because of a rare individual mistake from Militao who is probably our best player this season,” Real midfielder Casemiro told reporters. “We tried really hard but their keeper was inspired. We were not in our best form today. In Real Madrid we need to play better; it’s not acceptable to lose any game this way.”
Real Madrid had almost 75% of possession but managed only four shots on target during the entire game.
"There is not much to say after a game like this," said manager Carlo Ancelotti. "It looked like our team took a few more days of vacation after Christmas."

The team clearly missed the spark that forward Vinicius Jr usually brings as the Brazilian was absent after a positive COVID-19 test on Wednesday. Belgian midfielder Eden Hazard was named to the substitutes` bench for the second time running by Ancelotti after being out of the starting 11 for three months.
Hazard came on in the second half but contributed little to what was probably Real Madrid`s worst match of the season.

Croatian midfielder Luka Modric was the lone positive note for the leaders as he created most of Real`s opportunities, including a long shot in the first half that hit the bar.

Barcelona striker Luuk de Jong`s first-half header and a stunning stoppage-time save by Marc-Andre ter Stegen secured a 1-0 win at Mallorca on Sunday in a match where the Catalans were missing 14 players due to COVID-19, injuries and suspensions. Barca climbed two places to fifth on 31 points from 19 matches, one point behind Atletico Madrid in fourth and 15 adrift of leaders Real Madrid who have played a game more.
It was vindication time for striker De Jong after several media reports that Barca want to move him on this month.

He got his second goal since arriving from Sevilla in the close season - his first for more than three months.
The Dutchman was Barca`s best player on Sunday as he also hit the post twice in the first half, once with a bicycle kick. The goal came just before the break when he headed home from close range after a cross by Oscar Mingueza.
Barca dominated the game until the final minutes when Mallorca started pressing for an equaliser and almost got it.
Ter Stegen saved Barca in added time with an unbelievable handball-style reflex save with his right arm, denying Jaume Costa whose close-range strike looked like a sure goal.

GOLDEN POINTS
"It was an historic win for us, I`m not exaggerating," Xavi told reporters. "Missing so many players, to go back home with a win - it`s three points worth their weight in gold. "The young players showed up and Ter Stegen made a stop for the ages. I`m thrilled that we manage to win." Barca made the trip without the suspended Sergio Busquets, five injured players (Ansu Fati, Pedri, Memphis Depay, Martin Braithwaite and Sergi Roberto) and eight due to the COVID-19 outbreak at the club (Sergino Dest, Philippe Coutinho, Ez Abde, Jordi Alba, Alex Balde, Ousmane Dembele, Gavi and Dani Alves).

Coach Xavi Hernandez, who said on Saturday that it was "ludicrous" the game was going ahead, had to call on nine players from Barca’s youth academy, starting two of them, Ilias Akhomach and Ferran Jutgla, up front alongside De Jong.

But it was the Dutchman`s night as he led the visitors to victory and back into European spots for the first time since Xavi replaced Ronald Koeman as coach in November. “It was important to win on a Sunday when Real Madrid, Betis, Rayo Vallecano and Real Sociedad all lost points," Barca defender Eric Garcia told reporters.
"We managed to overcome a very complicated situation missing many key players. In the end, we owe Ter Stegen for 71% of our win. That stop was incredible.”