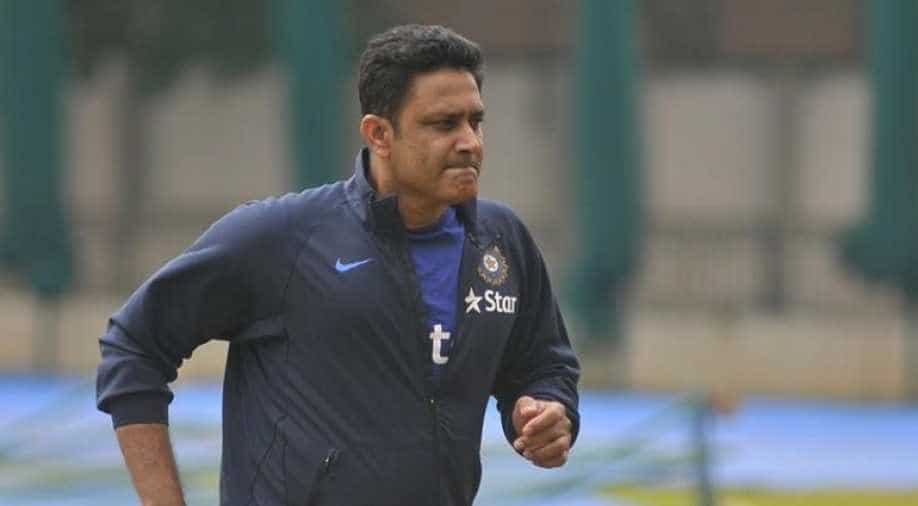 Fans urged the BCCI to give Anil Kumble his 'due respect.' Photograph:( Reuters )

The BCCI has decided to conduct the process in line with the Lodha committee recommendations which stipulated "transparency" in selection process related to the team.||Candidates can apply by May 31?and will be interviewed by a committee consisting of Tendulkar, Ganguly and Laxman. ||

The Board of Control for Cricket in India (BCCI) today invited applications for the head coach's role on Thursday but will also consider a contract extension for incumbent Anil Kumble.

The development comes as Kumble's contract expires in end-June. The BCCI has decided to conduct the process in line with the Lodha committee recommendations which stipulated "transparency" in selection process related to the team.

"The process has been initiated since the term of the current coach Mr Anil Kumble concludes with the (June 1-18) Champions Trophy," BCCI acting secretary Amitabh Chaudhary said in a statement.

"Present head coach Mr Anil Kumble will be a direct entry for the process," he added.

A court-appointed committee of administrators currently supervises the running of the board's operation and one of them will oversee the recruitment to ensure "a fair and completely transparent process", the board said.

BCCI have invited applications but it would be a surprise if the former leg-spinner does not get an extension from the board's Cricket Advisory Committee comprising his former teammates Sachin Tendulkar, Sourav Ganguly and VVS Laxman.

Former India captain Kumble was put in charge last June despite having never coached a team and India but the side has recorded just one defeat in 17 tests since he took over.