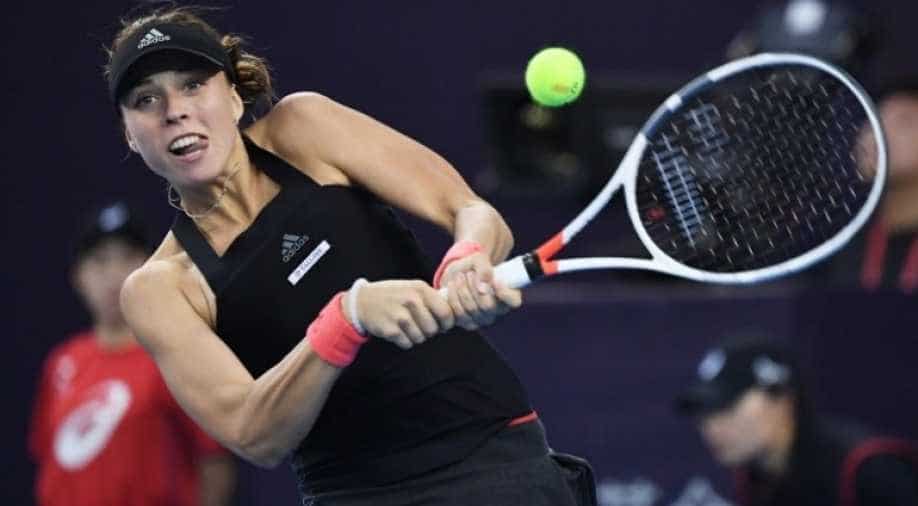 The fifth seed took a nasty tumble mid-way through the match, which she went on to lose 2-6, 6-4, 4-6 after more than two hours.

Defending champion Julia Goerges suffered a bruising defeat to Anett Kontaveit at the WTA Elite Trophy in China on Wednesday.

The fifth seed took a nasty tumble mid-way through the match, which she went on to lose 2-6, 6-4, 4-6 after more than two hours.

Goerges, 29, fell heavily on to the hard court in the sixth game of the second set, and needed to ice her right leg during the changeover.

Clearly slightly rattled, the German nevertheless dug deep to claim the set, pumping her fist and gesturing to her coach as she celebrated.

However, it was the 22-year-old Estonian Kontaveit who won the decider at the Hengqin International Tennis Center.

World no. 20 Kontaveit has now played both her round robin matches, after losing on Tuesday to Belgium's Elise Mertens, who will play Goerges later in the tournament.

Now in its fourth year the Elite Trophy features 12 players ranked roughly from nine to 20. This year's total prize money is $2.35 million across the singles and doubles tournaments.