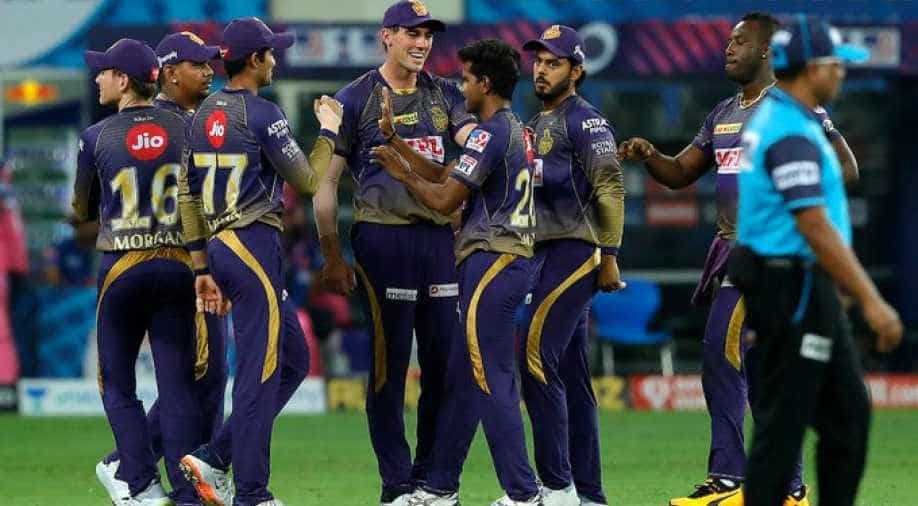 Shah Rukh Khan has been seen cheering for his team during IPL 2020 in the UAE. Players including former KKR captain Dinesh Karthik.

KKR's new skipper Eoin Morgan's compliment became a talking point in social media. According to Eoin Morgan, Shah Rukh Khan is like the Tom Cruise of India but he is perhaps even more entertaining that the Hollywood actor.

"Everybody described him as the Tom Cruise of India. He is actually more exciting than Tom Cruise," said KKR captain Eoin Morgan in a video posted by the franchise on their official Twitter handle.

Special wishes from the boys for our main Knight without whom the KKR family is incomplete! 💜🤗

Shah Rukh Khan has been seen cheering for his team during IPL 2020 in the UAE. Players including former KKR captain Dinesh Karthik.

Karthik said: "I remember once going to Bali and there were just two things which the auto driver told us -- So, you are from India, Shah Rukh Khan, Preity Zinta, Veer-Zaara. That’s how famous he is."

KKR's explosive all-rounder Andre Russell also wished 'King Khan' and said: "It was a special moment. He (SRK) was so humble and cool. He was standing beside me and gave me a hug. I am a tough guy but I was blushing."

Aussie pacer head Pat Cummins said: "You still look like you are 21. So, enjoy this and upcoming birthdays as well."