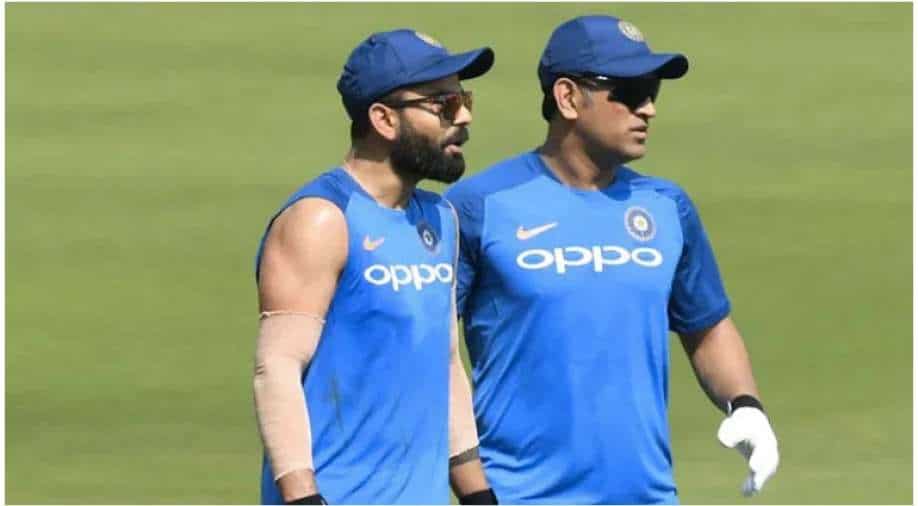 MS Dhoni was appointed as Team India's mentor for the 2021 T20 World Cup. Former India pacer has explained the reason for his hiring as mentor and made a big statement.

Team India enjoyed the services of MS Dhoni as mentor for the 2021 T20 World Cup in the UAE. The move was made by the BCCI so that Dhoni's presence would help the youngsters in an ICC event and guide the team to their first-ever ICC-trophy since 2013.

While India's campaign was disappointing, to say the least, Dhoni's presence as a mentor was much appreciated in the cricketing fraternity. Now, former Indian pacer Atul Wassan has dropped a bomb and explained why the ex-Indian captain was actually appointed as the mentor for the showpiece event, where Virat Kohli-led Men in Blue failed to make it to the semi-finals.

According to Atul, MS Dhoni was brought in as the mentor of the national side to bring some balance into the way decisions were being made by the team management, led by Kohli and then head coach Ravi Shastri.

"I'll tell you. Dhoni was brought in just to keep some balance because everybody had a feeling that Virat and Ravi Shastri were totally handling, selecting, managing whoever they wanted to play," Wasan said in a chat on CNN News 18.

"They were controlling Indian cricket. So, they (BCCI) thought somebody should come in with some kind of value who would just monitor that there is a balance. I think they messed up greatly in the World Cup," the ex-India quick pointed out.

ALSO READ | Virat Kohli vs BCCI: Don't know why there was any statement by Sourav Ganguly, says Sanjay Manjrekar

A lot has transpired in Indian cricket since early December, 2021. With Kohli being removed as the ODI captain and being succeeded by Rohit Sharma, there has been a huge outrage especially post Kohli's explosive presser before India's departure for South Africa. Thus, Kohli and the BCCI are now at loggerheads due to their contrasting statements on the turn of events with regard to the ODI captaincy saga.

Wassan also opined on the ODI captaincy change and said, "Here in India, once you have played a lot of cricket and you become a demi-god, the player expects to get some lineage, get some special treatment. This system needs to change.

"If you are not gelling well with the organisation and you have got a better option, players also have to stop feeling low or let down. Don't expect too much from the board because once you have a tap on the shoulder, you have got to take it as a man."

At present, Kohli-led Indian team is in South Africa for the three-match Test series in the African nation, which gets underway on December 26 in Centurion. It will be followed by the three ODIs, by when Rohit (who is ruled out of Tests due to injury) is expected to regain fitness and take charge of the team.